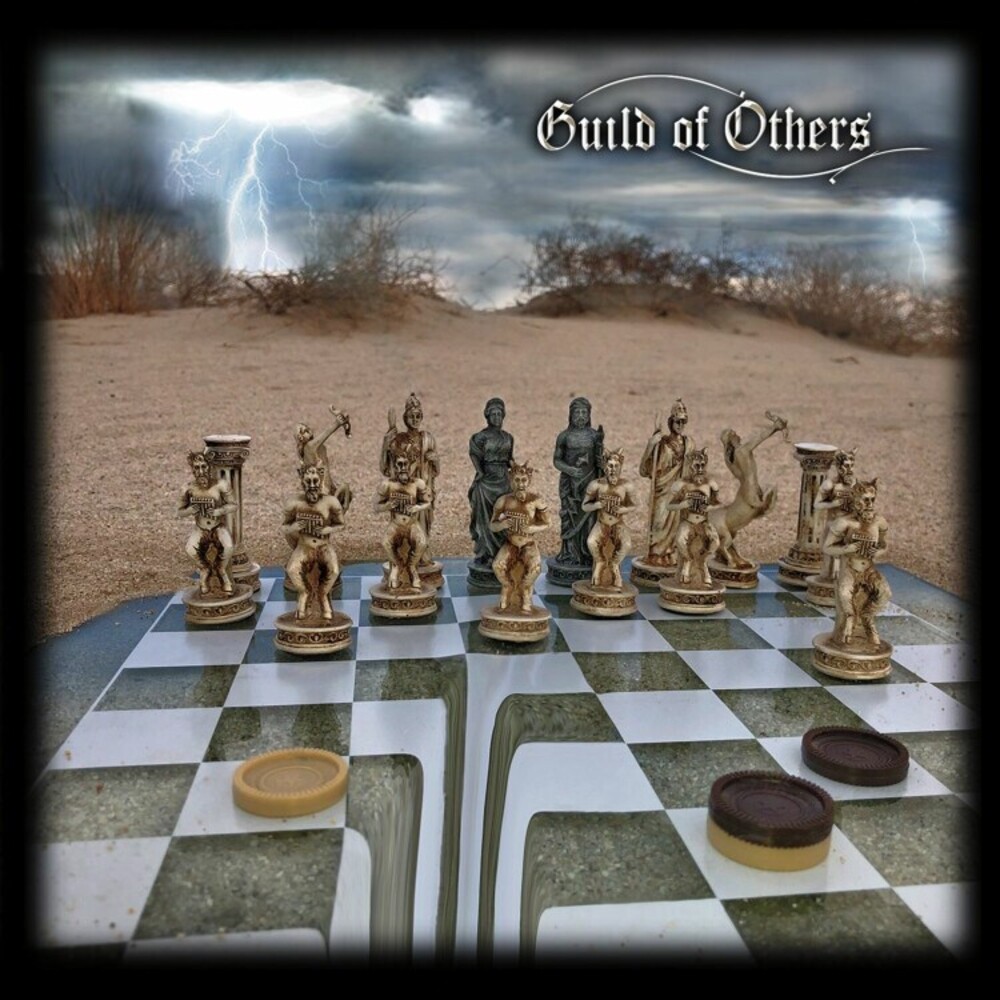 Guild of Others, begun by Tom Wallace (drums) and Steve Potts (guitar), is a collection of musicians from various bands and backgrounds making Progressive Metal. As songs between the two began taking shape, the keyboardist Derek Sherinian (Sons of Apollo, Dream Theater, BCC, etc. ) was top of the list to join. For the bass they reached out to well-known bassist, Tony Franklin (The Firm, Blue Murder, etc. ). Steve and Tom were floored by Tony's playing. For vocals, local singer Mark Hammond was tapped for six of the songs. Michael Sadler (Saga) and Henrik Bath (Darkwater) lend their talents for the remaining two. The three vocalists offer three unique sounds and styles. Guitar shredder Craig Goldy (Dio, Resurrection Kings) offers a blistering solo on "Veil of Insanity". As an added treat, Rock and Roll Hall of Famer Michael Bruce (Alice Cooper) and wife Lynette contribute the voice-over for "Memento". Tom and Steve are the driving force behind Guild of Others. Tjhe music can be described as aggressive and adventurous, like rock critic Martin Popoof said " thinking man's stadium rock". For fans of: Dream Theater, Derek Sherinian, Sons Of Apollo, Darkwater, Saga.