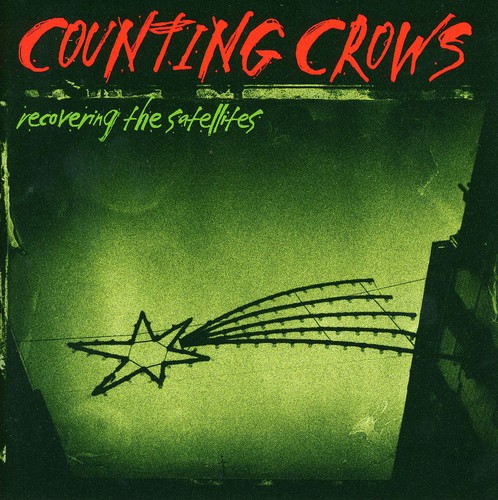 In 1993, Counting Crows' August And Everything After debuted to overwhelming acclaim, sold close to 8 million copies wordwide, earned the band Grammy and MTV awards, climbed to #4 on Billboard's charts and spawned the hits "Mr. Jones" (#1) and "'Round Here" (Top 10). Three years later, the band's new album (produced by Gil Norton) features uncompromising, passionate music with powerful lyrics by leader Adam Duritz. "Angels of the Silences" ships to rock, AAA, alternative and college radio.

''Recovering the Satellites'' is the second album by Counting Crows, released on October 14, 1996 in the United Kingdom and two days later in the United States. Released three years (and two years of relentless worldwide touring) after their debut album, it reached #1 in the United States and was a top seller in Australia, Canada, and the UK as well.

For this album, the quintet became a sextet, with fellow San Franciscan Dan Vickrey added, contributing a second guitar as well as sharing in songwriting credits on four of the fourteen tracks. Steve Bowman was replaced as drummer by Ben Mize.