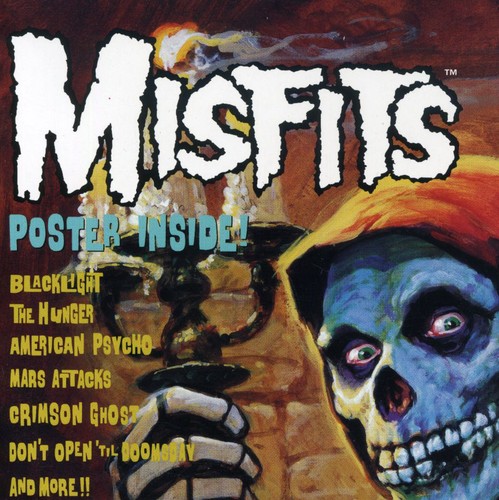 Misfits originally formed in 1977 in New Jersey. Before breaking up in '83, the band released 2 albums and several singles which have now become highly sought-after collector's items. American Psycho, Misfits' 1st release of all new material in 13 years, was produced by Daniel Rey (The Ramones) and is full of the melodic rock anthems, punk fervor and ghoulish themes that have always been the band's trademark. Key tracks: "Dig Up Her Bones," "Shining" and the title track.

''American Psycho'' is an album by the Misfits. Released May 13, 1997, it was the first to be recorded and released without founder and leader Glenn Danzig. Bassist Jerry Only, after years of litigation, reached a settlement with Danzig and was granted the rights to use the band's name and image to record and perform.

The album is named after the novel ''American Psycho'' by Bret Easton Ellis. Originally, the album was going to be titled ''Dead Kings Rise'', an obvious play on the band's resurrection, but was changed when the title track didn't make the album. The album was produced by Daniel Rey, who has produced for artists such as the Ramones and White Zombie. - Wikipedia