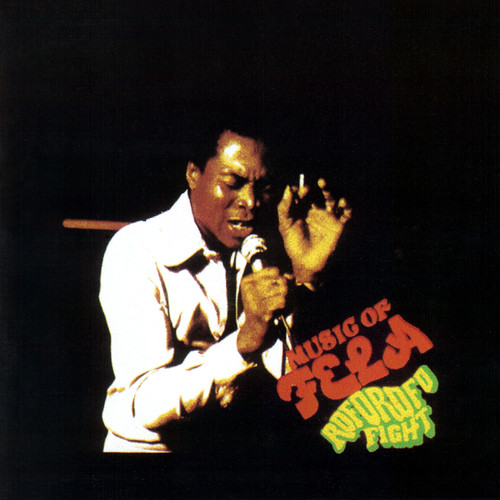 Vinyl LP pressing includes digital download. By 1972, when Music Of Fela: Roforofo Fight was originally released (on two vinyl albums, Music Of Fela Volume One and Volume Two), Fela was becoming one of the most avidly followed musicians in West Africa. His audience came from among the region's urban poor, the "sufferheads" living in the shanty towns around the major cities, along with growing numbers of students and political dissenters. Fela championed, and sang about the problems of, oppressed and exploited people and denounced the ruling elites lording it over them, with their seemingly endemic corruption and their ready use of violence to crush dissent - and because he generally sang in Broken English rather than Yoruba, and adopted an increasingly pan-Africanist outlook, his message resonated throughout Anglophone Africa. Roforofo Fight includes four upbeat, rhythmic tracks all clocking in at 12 to 17 minutes.