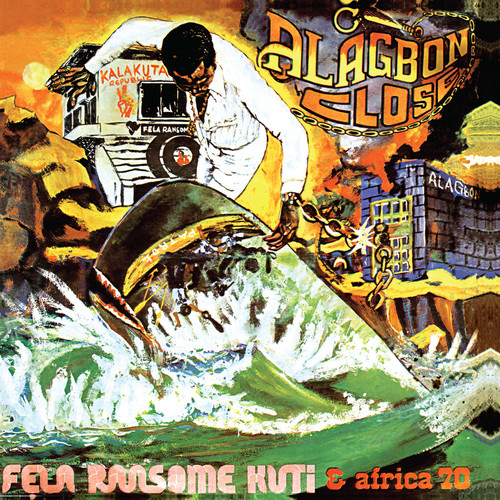 Vinyl LP pressing includes digital download. Alagbon Close, originally released on the independent Jofabro label in 1974, marks the first full flowering of Afrobeat, as a music and as a principled political philosophy. Instrumentally, the album brings together the several signature elements of Fela's Afrobeat, which had not previously been molded into such a unified, finely-balanced form on record. Lyrically, it is a full-on confrontation with an enforcing power of the Nigerian state: Alagbon Close in Lagos was the headquarters of the Nigerian Criminal Investigation Department. Many of the musical elements which make Alagbon Closeso compelling can be heard on earlier recordings, but on this album, Fela pulled them all together to devastating effect, in the process creating the classic Afrobeat paradigm.