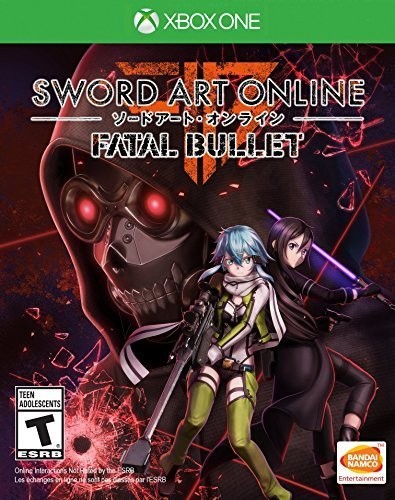 Become the hero of Gun Gale Online in the latest game of the SAO franchise in Sword Art Online: Fatal Bullet, for PS4, Steam and XBOX One. Step into the versatile landscapes and environments of Gun Gale Online. Experience an original story supervised by series creator Reki Kawahara that unfolds and changes based on the players' choices and interaction. Play as the protagonist, battle against opponents using new weapons and further customize gameplay by creating skills and abilities. Interact with characters from the Sword Art Online original novels, anime and previous games as you navigate a world that is vastly personalized and visually enhanced. As an action based RPG, gun battle plays a large role unlike previous games, with unique and realistic designs resembling something out of a sci-fi movie and numerous other weapons and fighting styles to choose from. Stunning visuals also accompany this game thanks to the power of the Unreal Engine 4, which lends realism to the textures and materials, further immersing the player into the dynamic world. Full dive into Sword Art Online: Fatal Bullet.