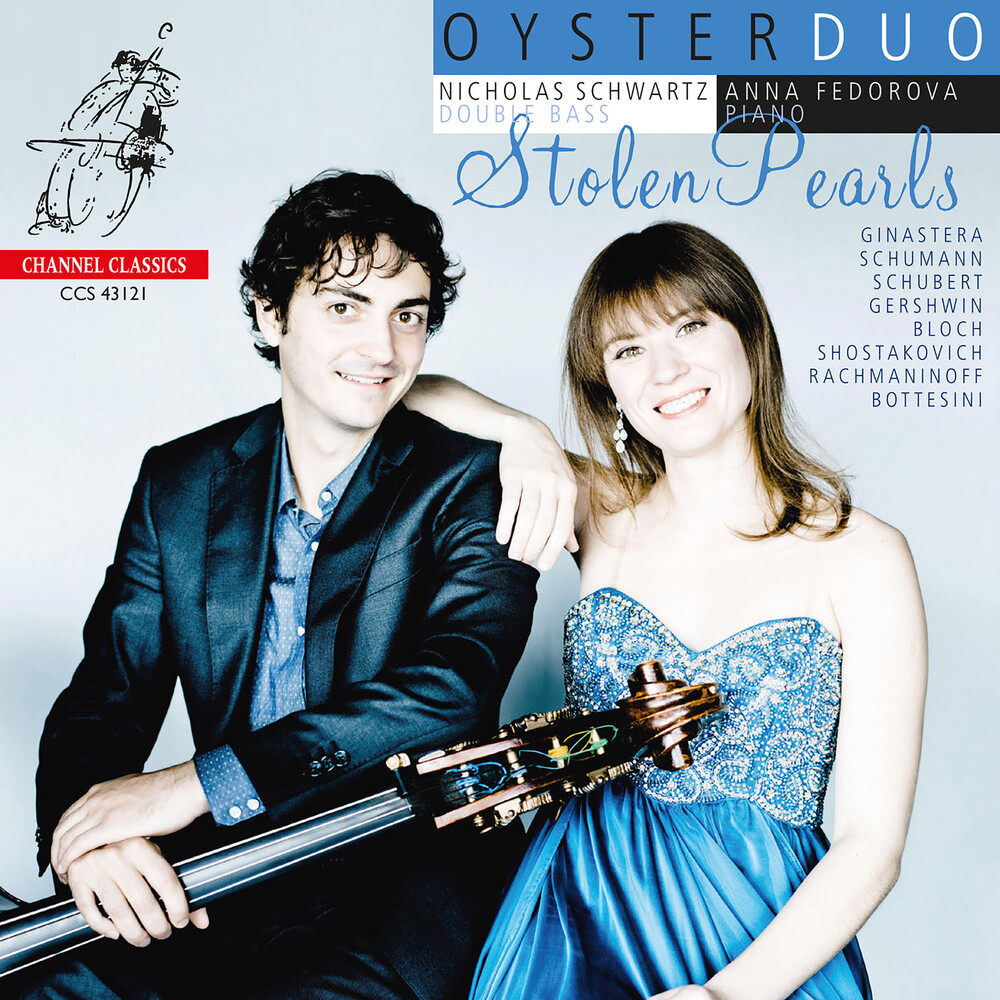 On this program from the Oyster Duo, Anna Fedorov and husband Nicholas Schwartz, travel criss-cross through two centuries and six countries in search of melodious gems. We are treated to the piano alongside the giant of string instruments, the double bass, as it whets it's appetite on the melodious and virtuosic repertoire of it's smaller siblings, the violin, viola and cello. This extensive journey of musical discovery is a treasure chest of 'stolen gems' from 19th and 20th century Argentina, Germany, Austria, America, Russia and Italy.