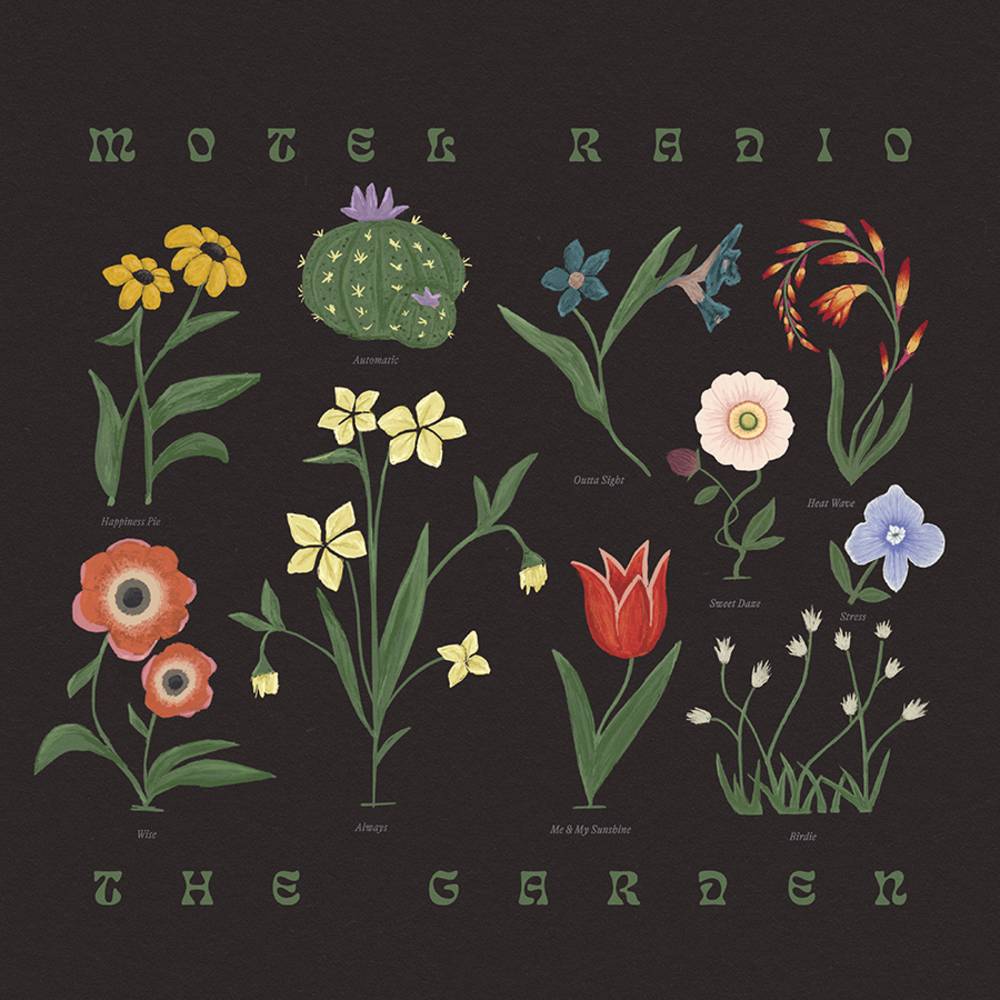 Written and recorded in the midst of a dizzying stretch in which nearly everything about the way the band lived and worked was turned on its head, The Garden is indeed a work of relentless hope. The songs are profoundly vulnerable here, and the performances are warm and breezy, calling to mind everything from Andy Shauf and Cass McCombs to Beck and Tame Impala with an easygoing demeanor that belies the deep emotional work underpinning them.

Motel Radio generated early buzz in their adopted hometown of New Orleans on the strength of their 2015 debut EP, Days & Nights, which helped land them dates with the likes of Kurt Vile and Drive-By Truckers in addition to festival slots at Firefly, Jazz Fest, and more. The band followed it up with the similarly well-received Desert Surf Films in 2016 and their first full-length, Siesta Del Sol, in 2019, touring the country on a seemingly endless loop as they built up their devoted following one night at a time.