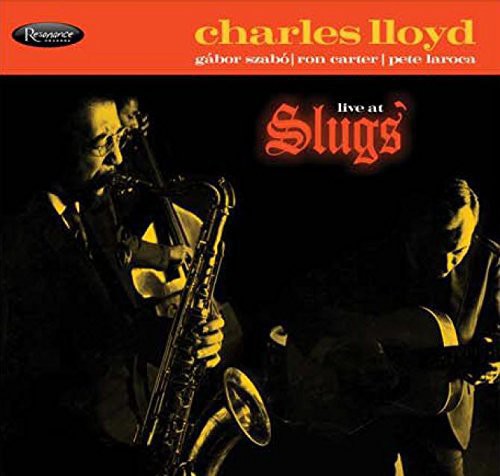 Slugs was a staple of the Manhattan Jazz Scene from 1965 to 1972, and was the intersection of music and counterculture. "Live at Slugs" was recorded by Swedish visionary Bjorn von Schlebrugge, who accompanied Lloyd to his Manhattan gigs. This release features the earliest recording of the Charles Lloyd classic composition, "Dream Weaver," (which would later be recorded with Jarrett, McBee, and DeJohnette for Atlantic Records on the album of the same name). The interplay between the musicians is remarkable, especially the musical dialogue between Lloyd and Szabo which goes back to their days together, playing with the late, great, Chico Hamilton. This special limited edition 10" record is to commemorate the upcoming Charles Lloyd release, "Manhattan Stories," out later this year on Resonance Records.

This is a limited edition, world-wide pressing of 2000 copies on opaque, orange colored 10” vinyl at 33 1/3. Tracks include: Lady Gabor, Dream Weaver.