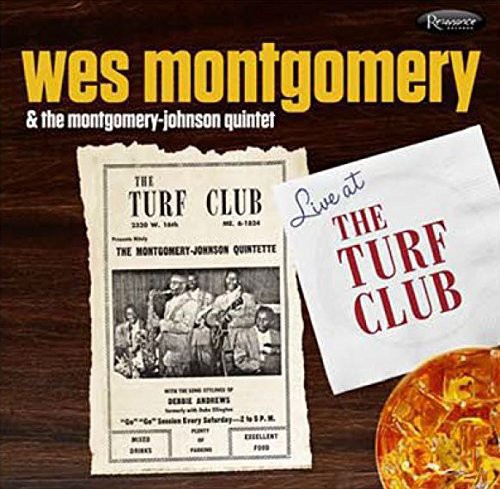 These recordings were made by a 22 year old Butler College student named Philip Kahl, who followed Wes Montgomery & his brothers around Indianapolis in the mid-1950's. Kahl clearly had access to the brothers, recording them in 3 venues heard on the forthcoming release, "Wes Montgomery: In the Beginning" (out later this year on Resonance Records as a 2 CD deluxe digi-pack & 3 LP boxed set). The recordings were made at Indy's legendary Turf Club in 1956. This group with the brothers (Wes, Buddy, & Monk) was known by Naptown jazz fans as The Montgomery-Johnson Quintet, (with fellow locals, drummer, Robert "Sonny" Johnson, and tenor saxophonist, Alonzo "Pookie" Johnson). On "Going Down To Big Mary's House," you'll also be treated to guest vocals from Duke Ellington alumni, Debbie Andrews. Resonance first obtained these recordings in 2011 from Ann Montgomery (the widow of Wes's brother, pianist, Buddy Montgomery). Ann came to Resonance with news Buddy had copies of these recordings plus never before published photos taken at The Turf Club. These recordings are a miraculous discovery full of inspired performances. Luckily, Resonance was able to track down the original quarter inch tape reels, and did direct transfers re-mastering at 96/24 bit. Keep in mind that these tracks were recorded live in the mid-1950's, when recording technology was still evolving, however Resonance has been able to restore the sound so it's presented in a higher quality. (Limited edition world-wide first pressing of 2000 copies on Whiskey colored translucent 10" vinyl. Mastered by Bernie Grundman).