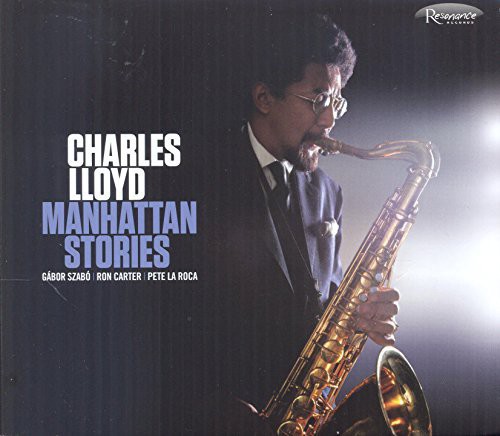 'It was a specific time and place'; Lloyd told Manhattan Stories annotator Don Heckman. 'We all felt like the boundaries were being dissolved and we could do or try anything. This is a music of freedom and wonder -- we were young and on the move.'

The Judson Hall recording comes from the archives of Resonance founder George Klabin, whose trove has previously yielded treasures from Bill Evans and Jimmy Giuffre. The Slugs' performances were recorded by Bjorn von Schlebrugge, who accompanied Lloyd to his Manhattan gigs.

Mastered for CD and vinyl by Bernie Grundman.

A must have for Charles Lloyd fans, jazz collectors & audiophiles!