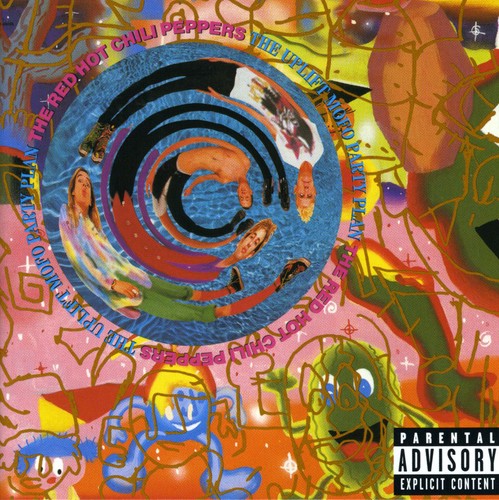 In a perfect world, the Red Hot Chili Peppers' breakthrough album wouldn't have been 1989's Mother's Milk, but 1987's The Uplift Mofo Party Plan, and the history of this groundbreaking rock/ rap band (and likely the entire subgenre it created) would've been drastically changed. Veterans Anthony Kiedis (vocals) and Flea (bass) had welcomed back original guitarist Hillel Slovak for the preceding Freaky Styley album, doing the same at this point for original drummer Jack Irons, who replaced Cliff Martinez. The energy of having these four friends from Los Angeles back together jumps out of the opening anthem "Fight Like a Brave" and the experimental "Funky Crime"; tracks like the autobiographical "Me & My Friends" and closing "Organic Anti-Beat Box Band" would stay in the group's live repertoire for the next decade or more. Kiedis' barking rap delivery drives the cover of Bob Dylan's "Subterranean Homesick Blues," and Flea's ahead-of-their-time slapping basslines stand out in "Behind the Sun" and "Walkin' on Down the Road," but Slovak and Irons brought things to the Chili Peppers that no one else ever has. The drummer's pounding funk backbeats left a blueprint for his successor, Chad Smith, and the manic intro to "Skinny Sweaty Man" sounds like Buddy Rich playing James Brown material. Slovak is at the height of his powers on the rap-rock reggae "Love Trilogy" and funky "Special Secret Song Inside," which gained some notoriety for it's anatomical undertones. But Slovak would die of a heroin overdose the following year, with Irons quitting the band afterward from the depression of the loss, leaving Kiedis and Flea to wonder what might have been.

''The Uplift Mofo Party Plan'' was the band's first album to enter the ''Billboard'' 200, charting at #148, and has since been certified Gold in the United States. - Wikipedia