The Chemical Brothers - Come With Us [Import] | RECORD STORE DAY 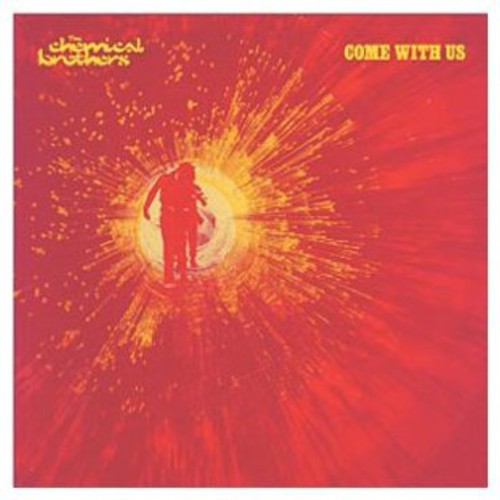 Already logging another Billboard number one with "Afrika" in October, the stage is now set for a full on Chemical Brothers campaign for Come with U s. The conquest begins with "Star Guitar," the sec ond single and sure smash that comes nearly three months before release.

The beginning of “Come With Us,” the title track of the fourth albumby the Chemical Brothers, features a hard-riffing, almost prog-rockish stringsection—think Electric Light Orchestra. Then, gradually, this deliciouslymutates into a glittering synth figure. Goodbye maturity, hello dance-floor! It’sa change of pace the Chemicals can use, too: the British big-beat duo’s lastalbum, 1999’s Surrender, found them slowing down drastically, both tempo-wiseand in their level of intensity: it was hardly a chill-out album, but there wasa certain melancholy feeling about it that made its lesser moments seem more laxthan relaxed. The line on Come With Us is that it’s the correctiveto the previous album’s shortcomings, i.e. it’s aimed at happy feetrather than contemplative heads.

This is roughly half-true, or at least the results aren’t anywhere near asfun as the Brothers’ earlier work. The first half finds them doing what theydo best: “It Began in Afrika,” a twin tribute to the motherland andpioneering hip-hop DJ Afrika Bambaataa, thunders as mightily as the Chems’prime early work, and “Star Guitar” is suitably bedazzling—thatspangled, awe-kissed title says it all. Unfortunately, the second half unravelssome: where the quiet moments of the Brothers’ first two albums evoked acharmed, ‘60s-kissed haze, the soft-rock somnambulant “The State We’reIn” (featuring frequent Chemical collaborator Beth Orton) sounds like thesedated ‘70s, and I promise not to mention Richard Ashcroft’s guestappearance on “Pioneer Skies” if you don’t. Too bad they don’tturn him into a synth part.