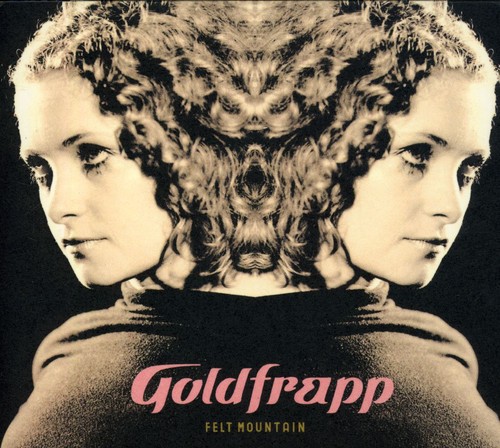 ''Felt Mountain'' is the debut album by English electronic duo Goldfrapp. It was released by Mute Records on 11 September 2000 in the United Kingdom. The album features Alison Goldfrapp's synthesized vocals in cinematic scope, and takes influence from a variety of music styles such as 1960s pop, cabaret, folk, and electronica.

''Felt Mountain'' was a top seventy-five album in Goldfrapp's native United Kingdom, and was certified gold in October 2001. It was generally well received by music critics, and it was described as "simultaneously smarmy and seductive, yet elegant and graceful". In 2001, the album was shortlisted for the Mercury Prize, an annual music prize awarded for the best British or Irish album from the previous year. - Wikipedia