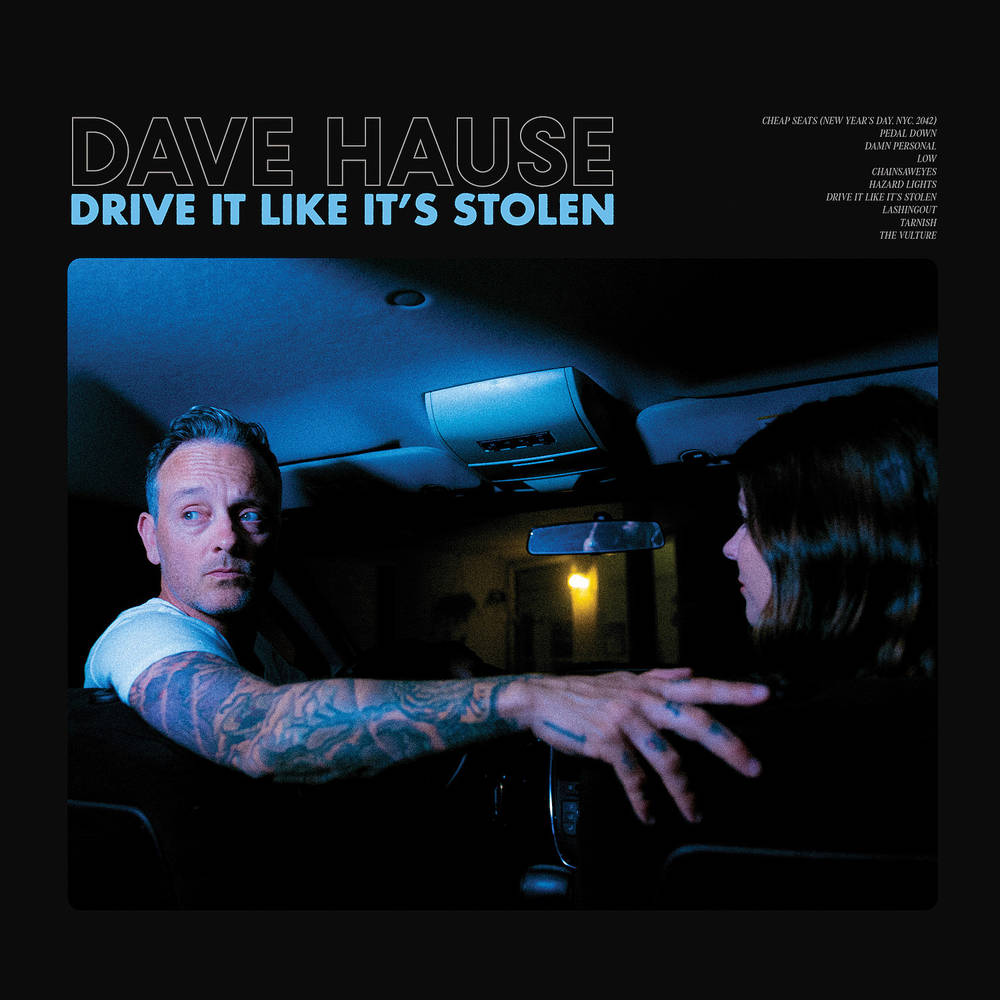 Drive It Like It’s Stolen is just as earnest and heartfelt, raw and real as anything Dave Hause has ever written before. Yet there’s also a subtle yet significant difference—here he’s delving into a more fictional type of storytelling to create what he terms "post-apocalyptic Americana”. The disturbing, apocalyptic quasi-reality of the album’s lyrics is matched and amplified by the music. Written by Hause with his younger brother Tim, Drive It Like It’s Stolen—just like the three that preceded it, as well as Tim’s 2022 debut full-length—is the distinct next phase of their creative partnership. The third release on the brothers’ own Blood Harmony record label, it shakes up expectations while at the same time building off the sound and reputation Hause has established for himself over the past decade or so." Drive It Like It’s Stolen was engineered and mixed by David Axelrod, and—like Blood Harmony—produced by Will Hoge and recorded at Santi Sound in Nashville. With this particular car ride, then, Hause is en route to a whole new world. Whether real or imagined or a combination of both, it’s time to buckle up for the ride.