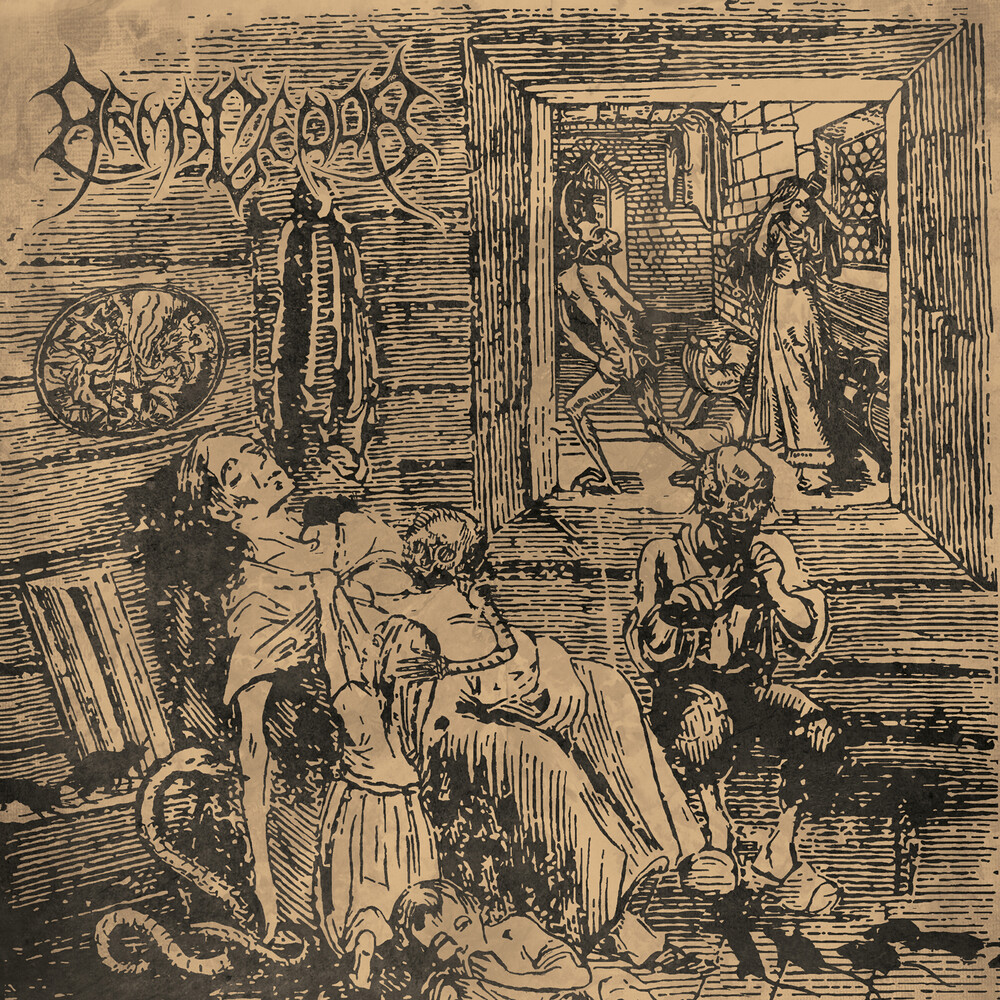 2020 release. After 17 years the Swedish black metal phenomenon Armagedda crawls back from the netherworlds. And so it was told that in the seventeenth year, things that were thought to be dead begun to stir again in the earth, as if awoken by the stench of man-fear penetrating deep beyond the reach of sunlight. Reanimated by some nameless and cursed source of vitality they say it has begun pouring and trickling from the dark crevices of the North, like an ancient curse into the veins of the world. And with the same fearful fascination that we behold something full of life being robbed of it's vitality and pulse, we shall now bear witness to that which ought to be forever dead but by unnatural impulse and eager invocation is again given life, to haunt and to stalk the night of the world.