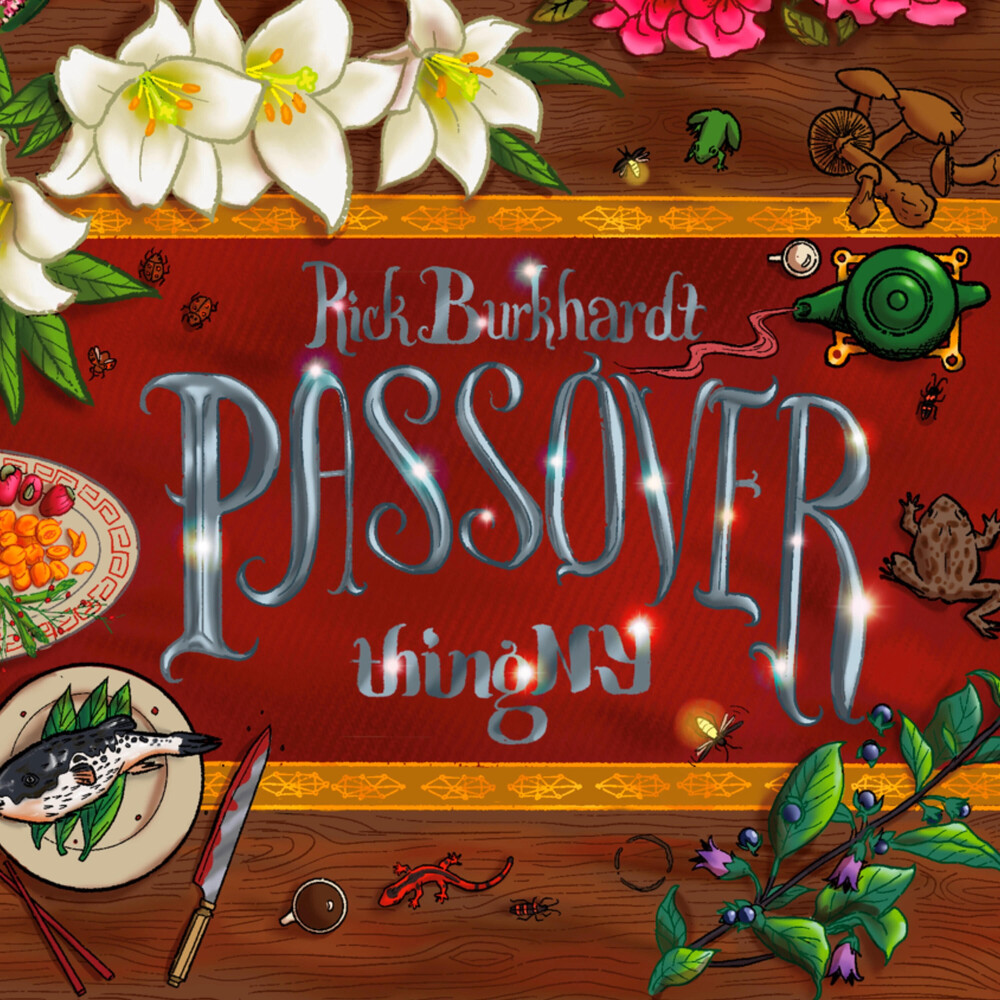 Passover is a new album documenting ensemble thingNY's performance of composer-writer Rick Burkhardt's piece of the same name, in which a sextet of speaking instrumentalists, seated around a dinner table with a double bass lying on it, take turns relating stories of escape. The album marks the first time in a decade that a recording of Burkhardt's remarkable compositions have been released, and the first time ever that one of his extended compositions has been released on an album. Burkhardt is an Obie award winner known for his intricate chamber pieces like Great Hymn of Thanksgiving and musically centered theatrical works like Three Pianos. His work fuses explorations of extended instrumental technique as in Helmut Lachenmann, use of compositional linguistics influenced by Kenneth Gaburo, an ear for American speech akin to Robert Ashley, and an experimental approach to narrative inspired by his favorite innovative playwrights, Adrienne Kennedy, David Greenspan, and Wallace Shawn.