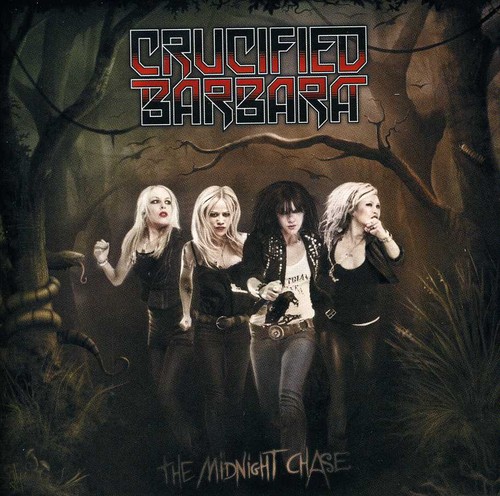 Crucified Barbara have taken Europe by storm and finally come to our shores to rock. Stockholm Sweden's finest all-female hard rock band, Crucified Barbara, play rock 'n' roll tinged metal with lashings of thrash, pop, punk (and the odd touch of whatever dares cross their path!). They've played major festivals and clubs throughout Europe both of their won and supporting major acts such as Morörhead, in Flames, Sepultura, Doro, Backyard Babies and more. Now the band is about to release their third album and the first to undoubtedly make a splash Stateside, the Midnight Chase. Recorded in the legendary Music-A-Matic studio in Gothenburg, this hard-rocking, party-loving quartet live and breathe pure rock. Channeling the feel of Morörhead, early Mötley Crüe and Joan Jett, Crucified Barbara are finally poised to penetrate the American shores. To celebrate they're offering up an exclusive North American bonus track! Pure, unadulterated rock 'n' roll attitude from beautiful Swedish femme fatales - you're welcome, but don't say we didn't warn you.