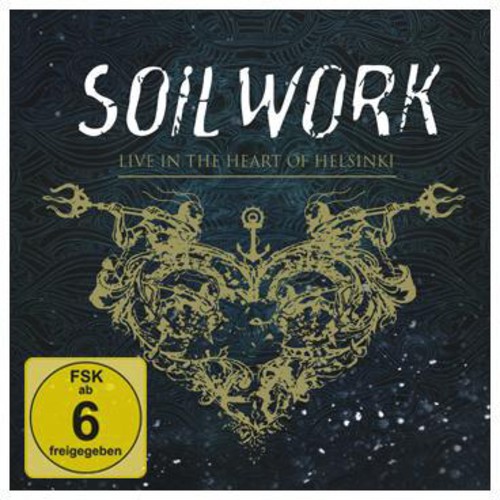 Swedish visionary metallers Soilwork have announced to release their highly anticipated first every live DVD/BluRay, “Live in the Heart of Helsinki” on April 7, 2015. Recorded during the band’s special Helsinki show on March 21, 2014 at Circus Club in the Finnish capital and will feature guest appearances by floor Jansen (Nightwish, Revamp) and Nathan J. Biggs (Sonic Syndicate).

“They could’ve not been a better time than now, with 10 albums out and a very varied back catalogue to chose from. Our lineup is now 50% original members and 50% fresh blood, which makes it all more interesting. Especially since the newest members have brought so much to our sound and have continued to inspire us to write new and exciting music and also brought a new found energy on stage. Now is definitely the time to see us. Trust me.” –Bjorn “Speed” Strid, Soilwork vocalist.

“Live in the Heart of Helsinki” was produced by Jouni Markkanen and directed by Ville Liainen who also worked on the most recent Nightwish DVD “Showtime, Storytime”.