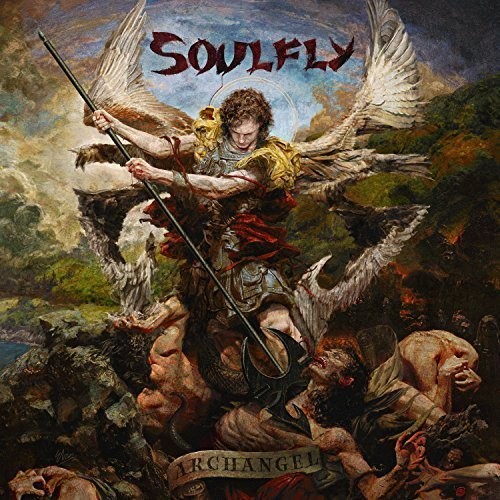 Formed in 1997, Soulfly has become a mainstay in contemporary heavy metal. Led by former Sepultura vocalist Max Cavalera, Soulfly has released 9 full-length albums with combined sales of over 1 million records. Mixing many styles of metal with Brazilian tribal, world music and punk, Soulfly are known for crafting something completely unique in the modern heavy music landscape. Archangel, the band's 10th full-length release, was recorded in the Spring of 2015 with Matt Hyde (Slayer, Children of Bodom, Deftones). Armed with Max Cavalera's four-stringed guitars, unmistakable growl and instantly recognizable riffage, the muddy tones and constant rhythmic bounce of Soulfly has retained its gritty edge while pushing the boundaries of what's possible in metal. In the studio is lead guitarist Marc Rizzo (who has been in Soulfly almost as long as Max was in Sepultura), bassist Tony Campos (Static X, Ministry, Prong) and Max's 21 year-old son, Zyon, who splits his time between drumming in Lody Kong and Soulfly. Special appearances on Archangel by Todd Jones (Nails), Matt Young (King Parrot) and more!