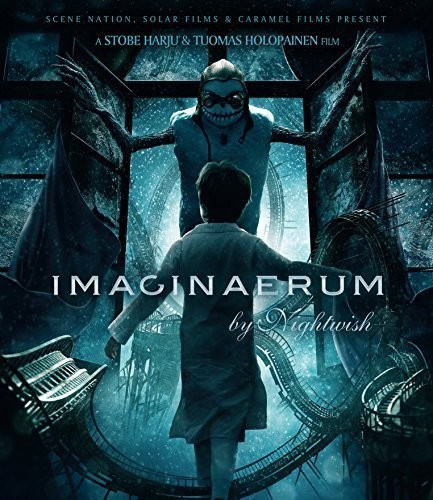 Released for the first time in the US, 'Imaginaerum' is a musical fantasy film written by Nightwish keyboardist Tuomas Halopainen and the film's director, Stobe Harju. Developed with and featuring music of Nightwish, 'Imaginaerum' is the story of Thomas Whitman, a 75 year old musician who lapses into a coma after years of suffering from dementia. Thomas enters a fantasy world where he relives his life as a ten year old orphan. Since the band's inception in 1996, Nightwish have released nine full length releases, sold millions of records worldwide, and become one of the most popular female fronted, symphonic metal bands of all time. In 2015, Nightwish released their ninth full length album, 'Endless Forms Most Beautiful', an album that is resplendent in a sophisticated beauty and proudly features the participation of London's The Metro Voices choir group, London's Young Musicians Children's Choir, and the Orchestre de Grandeur led by the esteemed arranger Pip Williams, who teaches Music and Music Technology at the London College of Music.