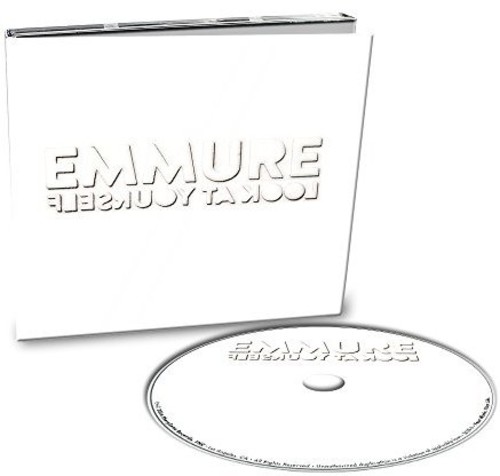 2017 release from the metal band. People talk about possessing a drive to succeed. But how badly do most of them really want it? Emmure captures the sound and spirit of what it's like to fight for one's vision. There's no feigned sophistication, no phoned-in sloganeering, and no calculated drama with Emmure. This is barebones, punishing, death metal-flavored metallic hardcore, driven by the catchiest rhythmic bounce of Active Rock radio's golden age of nü-metal. Look At Yourself represents a coming of age for Emmure, a new chapter in an aggressive autobiography that stretches back to the band's very first album. It's infused with a brutal self-examination and observation, balancing hate, bile and perseverance, with the tempered experience of a life spent in pursuit of self-reliance and respect, from within and without. It's expressed in a crushing cacophony of riffs that never fail to super-serve the forward-motion groove of Emmure. Like the firebrand rabble-rousers from the gritty streets of New York's hardcore and hip-hop scenes who came before them, Emmure's confrontational music will captivate and sometimes even elevate listeners without sacrificing authenticity. Emmure are students of the mind-blowing percussive chaos of Slipknot, the hard-won personalized musical struggle at the heart of Korn, and the angry pop-crossover confidence of Limp Bizkit.