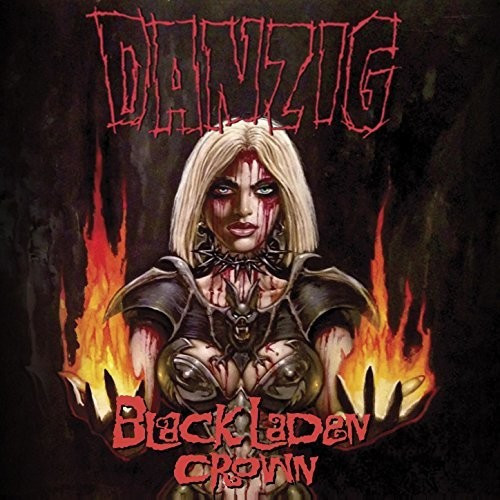 Vinyl LP pressing. 2017 release. Danzig is one of the most recognized names in heavy music. Having fronted the Misfits, Samhain and ultimately his own band, Danzig's influence on the genre and it's many subgenres can't be denied. Black Laden Crown is Danzig's eleventh solo studio album. His previous records have sold millions around the world. Black Laden Crown is the band's first album of original material since Deth Red Sabaoth (2010), marking the longest gap between two studio albums in their career, as well as their first release with drummer Joey Castillo since I Luciferi (2002). The album took three years to complete, with the recording sessions beginning in February 2014. Black Laden Crown was recorded with five different drummers (Castillo, Johnny Kelly, Karl Rockfist, Dirk Verbeuren and Glenn Danzig himself), while the bass parts were handled by both Tommy Victor and Danzig.