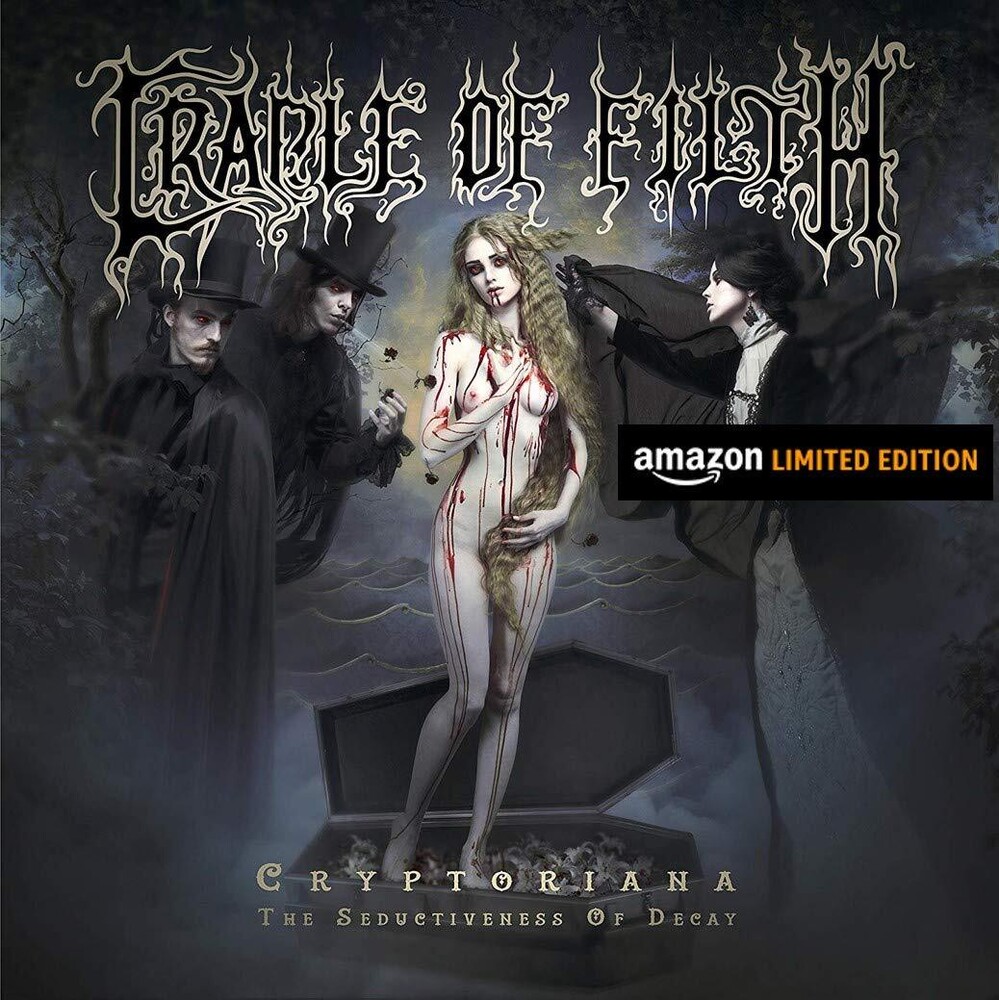 (Please call first)
DISC: 1
1. Exquisite Torments Await
2. Heartbreak And Seance
3. Achingly Beautiful
4. Wester Vespertine
5. The Seductiveness Of Decay
6. Vengeful Spirit
7. You Will Know The Lion By His Claw
8. Death And The Maiden
9. The Night At Catafalque Manor
10. Alison Hell

A monstrous tour-de-force of utterly distinctive but reassuringly destructive heavy fucking metal, laced with spectral disquiet but delivered with muscular aplomb, Cryptoriana - The Seductiveness Of Decay was conceived during the summer of 2016 as Cradle of Filth convened in Ashok and Skaroupka's native Czech Republic, before being meticulously pieced together by the band and now long-time producer Scott Atkins back in the UK during the first half of 2017. From the exhilarating melodrama of opening two-fisted salvo "Exquisite Torments Await" and "Heartbreak And Seance" onwards, the twelfth Cradle of Filth album manifestly represents yet another wild expansion of the band's sonic manifesto across nine epic and elaborate new anti-hymns and a fervent blast through Canadian thrash legends Annihilator's ageless "Alison Hell." From "Achingly Beautiful's" synapse-scorching holocaust of the heart to the flesh-ripping, thrash-driven grandeur of "Wester, Vespertine" and the pitch-black lysergic gargoyle attack of "You Will Know The Lion By His Claw," Cryptoriana is simply the most musically and visually startling record in Cradle of Filth's storied history; one that grittily upholds the band's tradition of conjuring warped narratives that linger long in the memory.