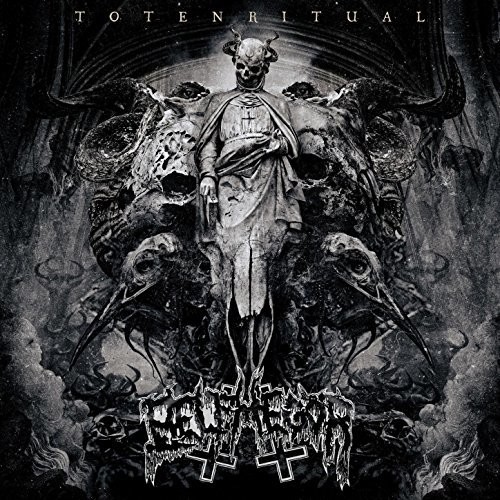 Named after one of the seven princes of Hell the blackened death metal band Belphegor originated in the early 90s in the town of Salzburg Austria and have released ten full length records. Belphegor’s previous album “Conjuring the Dead” was released in 2014 and went on to become one of the bands bestselling & highest charting records (#13 on Heatseekers) in North America. “Totenritual” is Belphegor’s eleventh release, their sixth on Nuclear Blast.