The Charm The Fury - The Sick, Dumb And Happy | RECORD STORE DAY 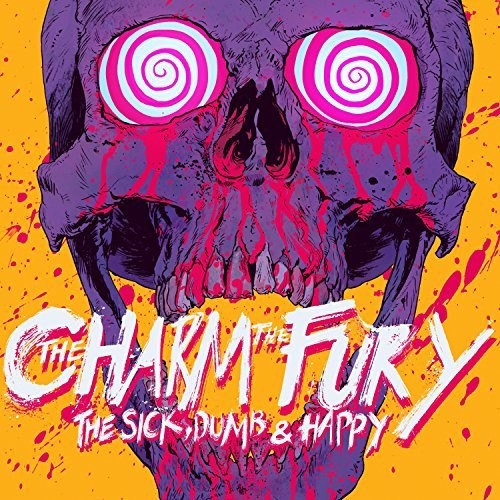 The Sick, Dumb And Happy
Artist: The Charm The Fury
Format: CD
CD

2017 release. Four years on from their 2013 debut album, The Charm the Fury have upped their game. An angry record driven by a collective distaste for the state of the planet in the 21st century, underpinned by ferocious intelligence and a heartfelt desire to wake people out of their smartphone stupors, sophomore assault The Sick, Dumb And Happy is sure to bring a new fire to the metal world. A startling slab of ultra-modern but utterly distinctive heavy fucking metal, it shrewdly and honestly redefines what The Charm the Fury are all about, showcasing a band at the height of their powers, driven by a collective passion for making music that goes for the jugular and demands the banging of heads. Showing a range from melodic and intimate singing, to full-force guttural screaming, singer Caroline Westendorp seeks to demonstrate that a female metal vocalist can be much more than a marketing tool to please the masses. Fittingly, her band mates have clicked into a higher gear and provide the singer with the most vibrant and vicious of backdrops. Powered by thunderous grooves and laced with incisive melodies combined with darker and moodier materials, The Charm the Fury have established themselves as one of the most promising new metal bands in Europe. The Dutch quintet are armed, ready and hungry for the next big push. When The Sick, Dumb & Happy explodes in 2017, the smart money is on these diehard noisemakers claiming their rightful place among the new metal elite. They have the songs, the determination and the charisma to make it happen. Bet against them at your peril.