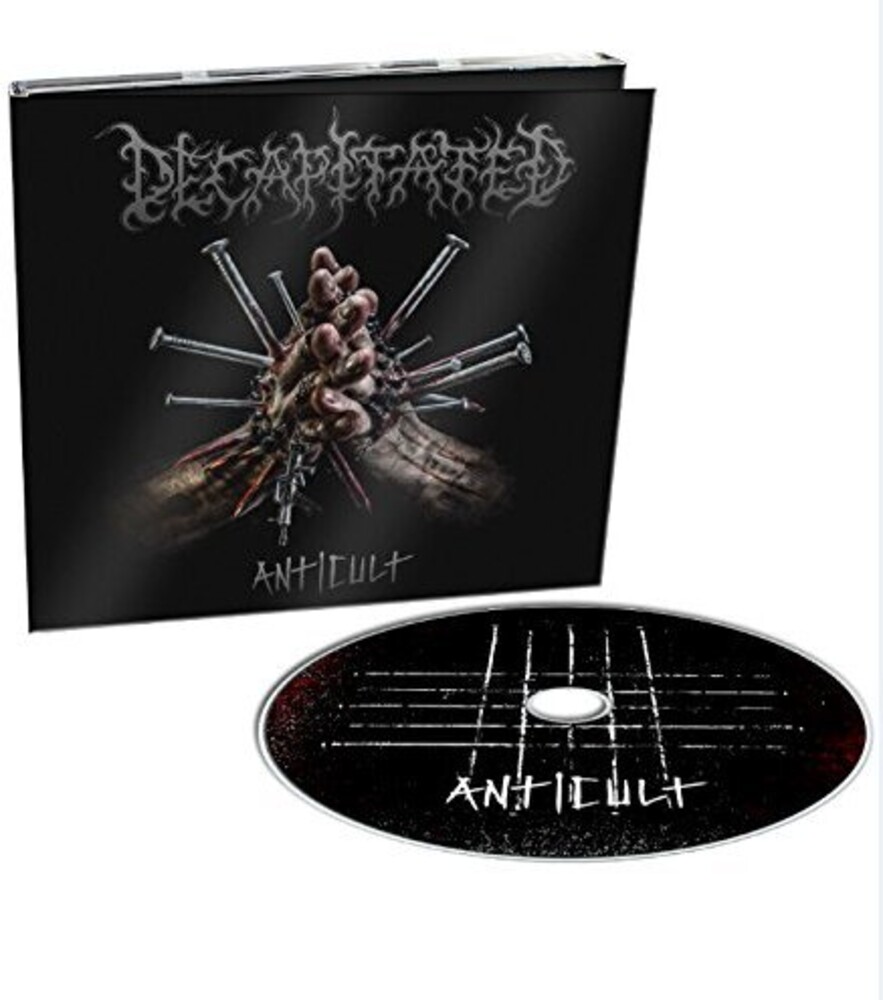 2017 release, the seventh album from the Polish metal band. The opening track on Anticult, has an ominous voice to it. The clean guitar motif feels dangerous, as if warning in a language unfamiliar that the world before us will soon not be the same. Certainly, trail-blazing masterpiece "Impulse" is the harbinger of change. The ceaseless assault of riffs, drums, bass, and vocals-expertly delivered by guitarist Waclaw 'Vogg' Kieltyka, drummer Michal Lysejko, bassist Hubert Wiecek, and vocalist Rafal 'Rasta' Piotrowski-is unlike anything before it. But "Impulse" is more than the sum of it's parts. Between Vogg's monstrous volleys and Rasta's brutal existentialist barks, there's something else in the mix. Not just Decapitated's penchant for building tension by continually winding up and layering upon themes either. That's a trademark harkening all the back to 2000's classically-inspired Winds of Creation full-length. On "Impulse" (and definitely throughout the rest of Anticult), Decapitated weave in thrusts of brightness. Turns out, Anticult was designed-with an almost devil may care attitude-that way from the start. While Blood Mantra may've taken Decapitated all over the world, exposed hordes of new fans to the Poles, and opened a few new doors, the Krosno-based quartet are confident Anticult will raise their profile even more, allowing Decapitated to tour with just about anybody. It's got the songs. Tracks like "Impulse", "One Eye Nation", and "Never" are guaranteed to hook fans from any genre of metal.