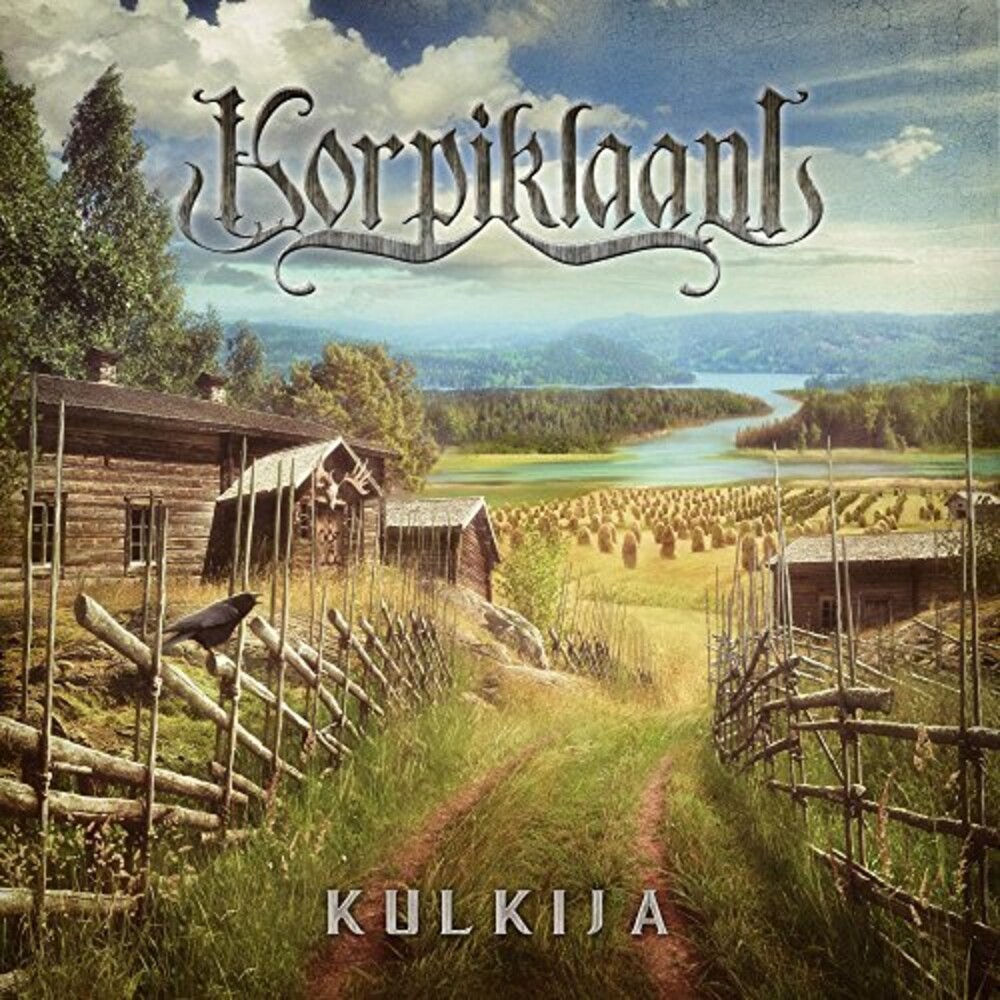 It’s been 3 years since their last album “Noita” was released and the Finnish Folk Metal Superstars KORPIKLAANI are about to offer their 10th studio album entitled “Kulkija” (“Wanderer”), set for a September 7th, 2018 release. Including 14 tracks, “Kulkija” is their longest album, but also their most natural sounding one, to date. From the first to the last tone, a unique atmosphere guides the listeners through a long journey. Instrumentally, the band continues the way they had already started with “Manala” (2012) to “Noita” (2015). Lyrically, the album deals with the album’s title character, the wanderer. He appears in every song and every single track represents one of his life situations.

“Kulkija” begins with a band-typical opening trio in the form of 'Neito', 'Korpikuusen Kyynel' and 'Aallon Aala', but then a beautiful acoustic ballad entitled 'Harmaja', gives the listener a first break to take breath. Continuing with 'Kotikonnut', also the first single, 'Korppikalliota' leads to 'Kallon malja', which is the album’s longest track at around 10 minutes. Track 8, the doomy 'Sillanrakentaja', surprises with a children’s choir (feat. Cane’s and Jonne’s children), before 'Henkselipoika' takes over. This song may sound familiar to some people as it has already premiered live on KORPIKLAANI’s extensive European tour with HEIDEVOLK, ARKONA and TROLLFEST in early 2018. The instrumental track 'Pellervoinen', written by fiddler Tuomas, opens up the last third of “Kulkija” with its charming folk arrangements, followed by 'Riemu' and 'Kuin korpi nukkuva', before another high-paced track, 'Joumamaa', leads to the peaceful outro, 'Tuttu on tie'. After their foundation by frontman Jonne Järvelä in 2003, KORPIKLAANI have been very productive and have already released an impressive 9 studio albums (sometimes almost one album a year) plus a live DVD/Blu-ray (“Live at Masters of Rock”, 2017) in their only 15-year spanning career. Marketing Highlights -Formed in 2003, the Finnish Korpiklaani have released nine albums in their fifteen year career and have become one of the most recognizable and successful bands in the folk metal scene. Whether headlining or playing long standing festivals like Masters of Rock, Wacken and others, Korpiklaani are a respected and revered metal band across the world -The first single “Kotikonnut” was released on June 8th with a lyric video accompanying it. The second single “Harmaja” will be released July 6 with a music video accompanying it. The third single “Henkselipoika” will be released Aug 3 and will be accompanied by a music video as well. The fourth and final single “Aallon alla” will be released Aug 24 -Leading up to the release of “Kulkija” Korpiklaani will be performing at festivals across Europe including Wacken, Masters of Rock, Summer Breeze and more. In Aug & September Korpiklaani will be performing throughout Russia and the rest of Europe -Advertising in Revolver, Decibel, New Noise and other hard music and lifestyle publications. Banner Advertising on sites such as Blabbermouth, Metal Sucks and other hard music and lifestyle sites