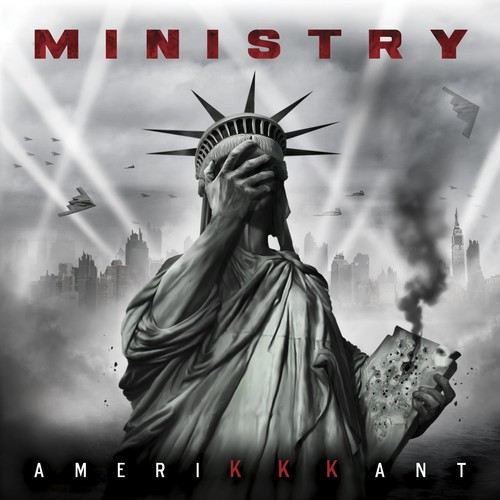 2018 release. AmeriKKKant is the 14th album by industrial metal band Ministry. It will be their first release on Nuclear Blast, and will mark the longest gap between studio albums in the group's entire career; at five years, following From Beer to Eternity (2013). AmeriKKKant is also the first Ministry album without guitarist Mike Scaccia since The Last Sucker (2007); Scaccia died in 2012 but appeared posthumously on From Beer to Eternity. Ministry was founded in 1981 by Al Jourgensen in Chicago, Illinois. Originally a synth-pop outfit, Ministry shifted it's style to become one of the pioneers of industrial metal in the mid-to-late 1980s. The band's lineup has gone through many changes throughout it's history, with Jourgensen remaining the only constant as the band's main producer, singer, songwriter, and instrumentalist.