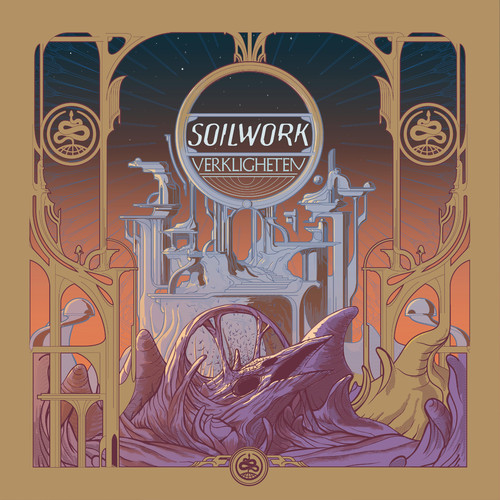 SOILWORK has been around, in one form or another, for twenty years now. Some people say that they haven’t made anything worth listening to after “Steelbath Suicide”. Some have only heard “Stabbing The Drama. Some think “The Living Infinite”, the band’s 2013 double disc release, was quite epic. It’s all good. At this point in a band’s career, you can either choose the nostalgia route, playing old albums in their entirety, because that makes an easy package for promoters to sell. Verkligheten, the title of Soilwork’s latest offering, is the Swedish word for reality, the entity that we’re all trying to escape from. Verkligheten is their attempt to try and go somewhere else, to express all those things that are born in between hypnagogic states and frenzies of hyperrealism. SOILWORK is a band that has been through a lot. They don’t have to try and tidy things up by using clichés like personal and/or musical differences. It has been hell. They are not young anymore, and their reality these days is the hellhounds on their tails, the ghosts in their subconscious and the coldness of existence that starts eating at the soul the very day that you leave the womb. We can no longer escape the fact that we’re vulnerable to the shortcomings of life itself.