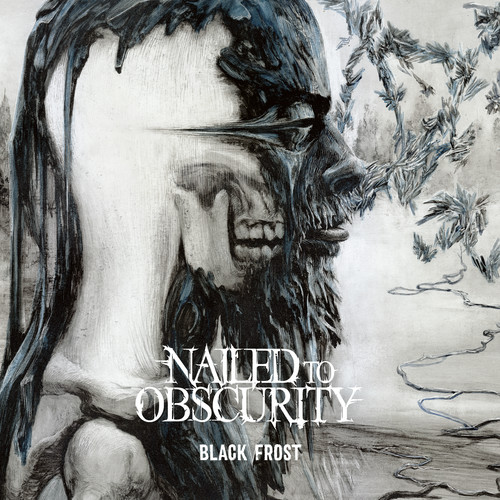 Most people haven’t heard of Esens, Germany, once home to Baroque composer Philipp Heinrich Erlebach. Nestled at whatever-end of Lower Saxony, where the East Frisian Islands form a barrier against the wailing North Sea, the town of 7,000 has slept the years away. However, rising death metal stars NAILED TO OBSCURITY are about to put Esens on the proverbial map with new album, “Black Frost”, their first for Nuclear Blast Records. Formed in 2005, NAILED TO OBSCURITY went through the usual ups and downs as a band. Mere months after forming, NAILED TO OBSCURITY issued their first demo, “Our Darkness”. While most bands live and die on the possibility of signing a label deal, NAILED TO OBSCURITY persevered, releasing their debut album, “Abyss”, independently in 2007. Since then the band has released two full length releases, “Opaque” (2013) and “King Delusion” (2017). Today, NAILED TO OBSCURITY remains a labor of love with band members spread out over Germany, but they still shack up on weekends in the rehearsal room in Esens to write together. That’s how new album, “Black Frost”, was born. Songs like 'Tears Of The Eyeless,' 'The Aberrant Host,' 'Road To Perdition,' and the magnificent title track were part of NAILED TO OBSCURITY’s weekend forays into the depths of melodic death metal (and beyond). The frantic pace at which “Black Frost” was written, however, didn’t impact the quality of songcraft. Whereas “King Delusion” focused on the pairing of savagery and melody, “Black Frost” changes up the formula. Call it maturity or desire to present ideas differently, NAILED TO OBSCURITY’s new songs churn, swirl, and coalesce around and into the band’s engaging if cloudy psychosocial lyrics.