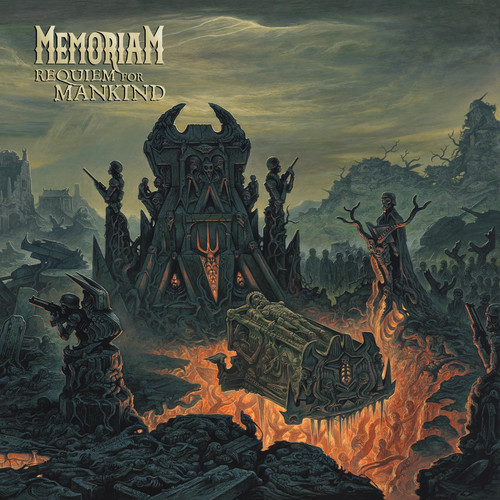 Old school death metal band Memoriam have recorded the follow up to their highly acclaimed 2018 record “The Silent Vigil”. Produced by Russ Russell (Napalm Death, At the Gates, Dimmu Borgir) at Parlour Studios (Kettering, UK) the band has described “Requiem for Mankind”, their third full length release, as the culmination of what their previous two records were preparing them and their fanbase for. Big gritty production, aggressive vocals and music, and a curveball or two for good measure!