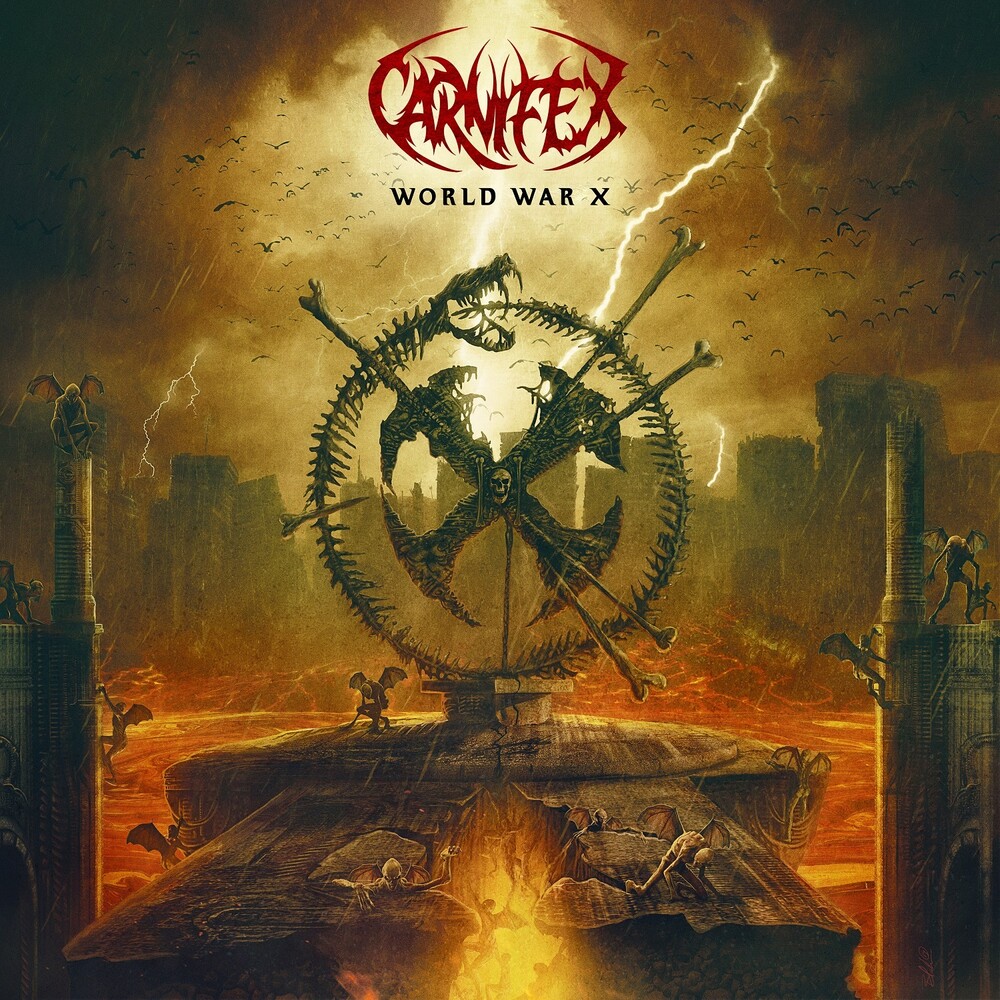 (Please call first)
DISC: 1
1. World War X
2. Visions of the End
3. This Infernal Darkness
4. Eyes of the Executioner
5. No Light Shall Save Us
6. All Roads Lead to Hell
7. Brushed By the Wings of Demons
8. Hail Hellfire
9. By Shadows Thine Held

Originally taking shape in 2005 San Diego's deathcore originators Carnifex has released six full length releases as well as a variety of eps and demos, the latest being the Dec 2018 ep "Bury Me in Blasphemy". The band's seventh release, "World War X", will be released Aug 2 and contains the first single and video, "No Light Shall Save Us", which features additional vocals from Alissa White-Gluz from Arch Enemy. Around the release of "World War X" Carnifex will begin a run on one of the largest metal tours in North America.