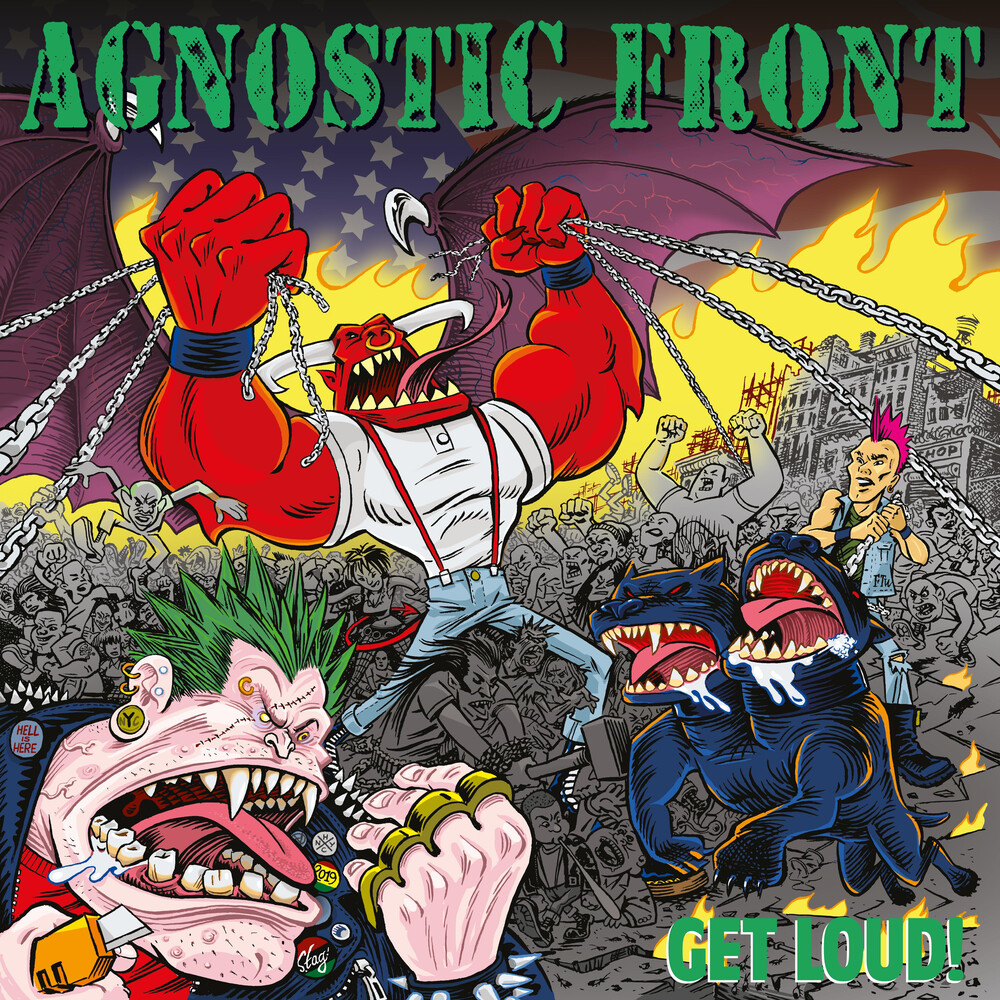 A Godfather figure is understood to be a purveyor of genre; a pioneer in a particular realm of creation. Perhaps more importantly, and after over 3 decades molding the Hardcore realm, AGNOSTIC FRONT have protected and nurtured Hardcore music in such a way that it still exists healthily & in its proper form, today. As a band that has cultivated their reputation with honesty, and that prioritizes affirming their social messages to the world, “GET LOUD!” is well suited as the title for their 12th, full length studio album. For such a memorable album, the reappearance of “Cause for Alarm” artist Sean Taggart was vital in order to deliver a piece of art that perfectly combined the old school with the current state of the world. Bringing the “Cause for Alarm” characters back to life in a new age, the artwork will be familiar to AGNOSTIC FRONT fans the world over, but still maintains a modern freshness. When “Cause for Alarm” was initially released in 1986 it was a distinguished and prosperous time for the world of Hardcore, and it is that time, and that vibe, that this album aspires to reassert.