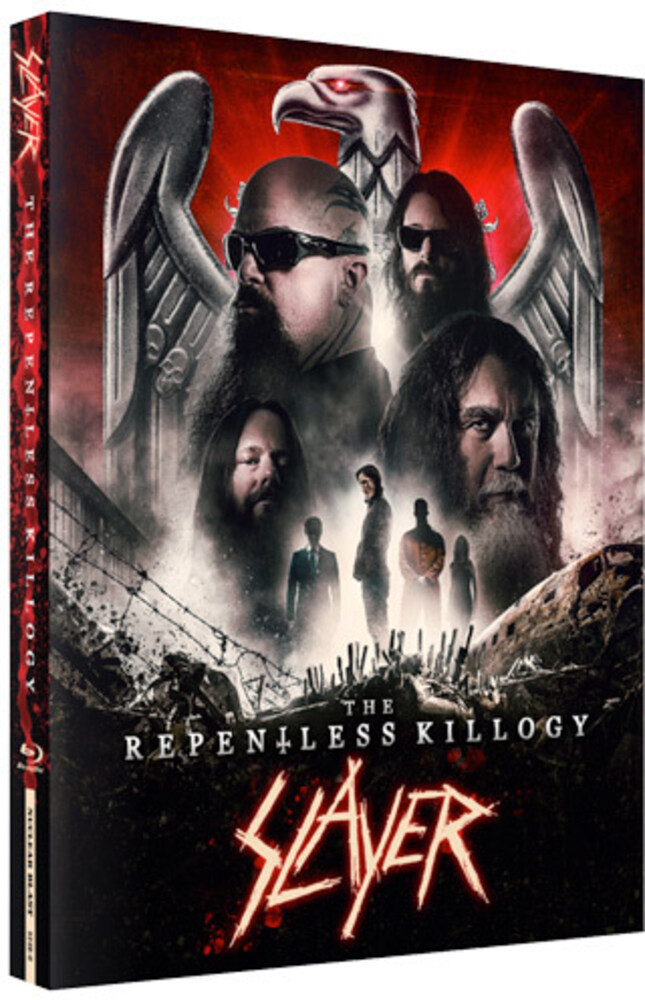 Revenge, murder, bloodshed, and retribution, the Slayer Repentless Killogy is a perfectly packaged story reflecting these values that most look down upon. This is the story of Wyatt who used to run with the wrong crowd. Wyatt is a former Neo Nazi associated with a gang known as “The Hand Brotherhood” whose signature mark is a bloody handprint left after a murder had taken place. Wyatt left his gang after he fell in love with Gina, a woman who saved his life after a brush with death from those who wanted revenge on him and his gang. Wyatt and Gina go into hiding to start a family and escape his tarnished past. The Hand Brotherhood are not going to let this happen.

The Repentless Killogy Short Film is the combination of music videos from Slayer’s last full- length release “Repentless”, threaded through a film narrative that ends with Slayer performing a sold-out show at Los Angeles’ iconic Forum. The 2-cd & vinyl formats “The Repentless Killogy (Live at The Forum in Inglewood, CA)” contain the entirety of the concert, consisting of 21 tracks