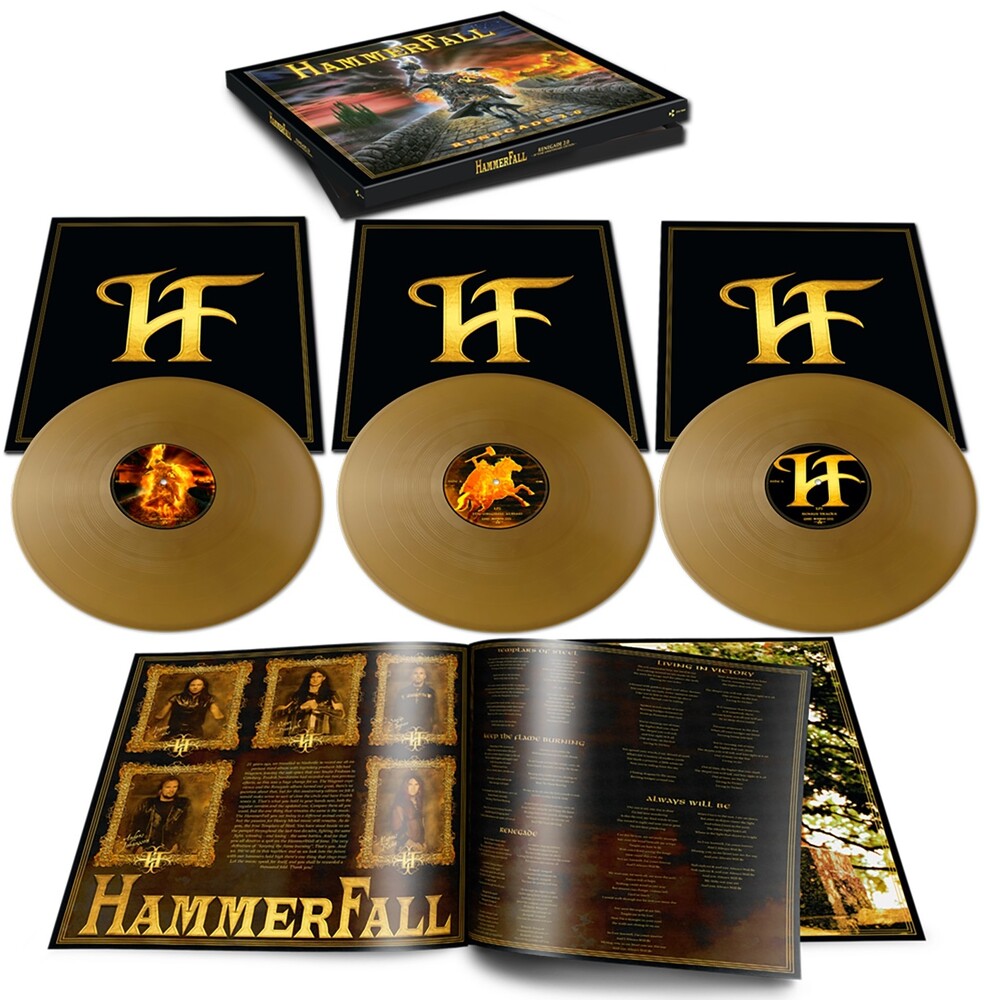 Ever since the release of their debut album, Glory To The Brave, in 1997, Hammerfall dropped jaws everywhere they went. 3 years and one album (Legacy Of Kings, 1998) later, Swedish heavy metal saviors Hammerfall released what would be their international breakthrough and first number one record in their native: Renegade. Songs like the title track, the ballad "Always Will Be", the ferocious opening track "Templars Of Steel" or the pummeling "The Way Of The Warrior" made the album the landmark release that it is today. From then on out Hammerfall kept rising through the ranks, becoming an institution in the metal world, and are responsible for the revival of traditional heavy metal in the post-grunge music scene. Almost 30 years, countless tours around the globe, and 11 albums in, Hammerfall are still going strong, being one of the most successful heavy bands to ever come out of Sweden. Limited edition 3-LP, 20 track box set, gold vinyl