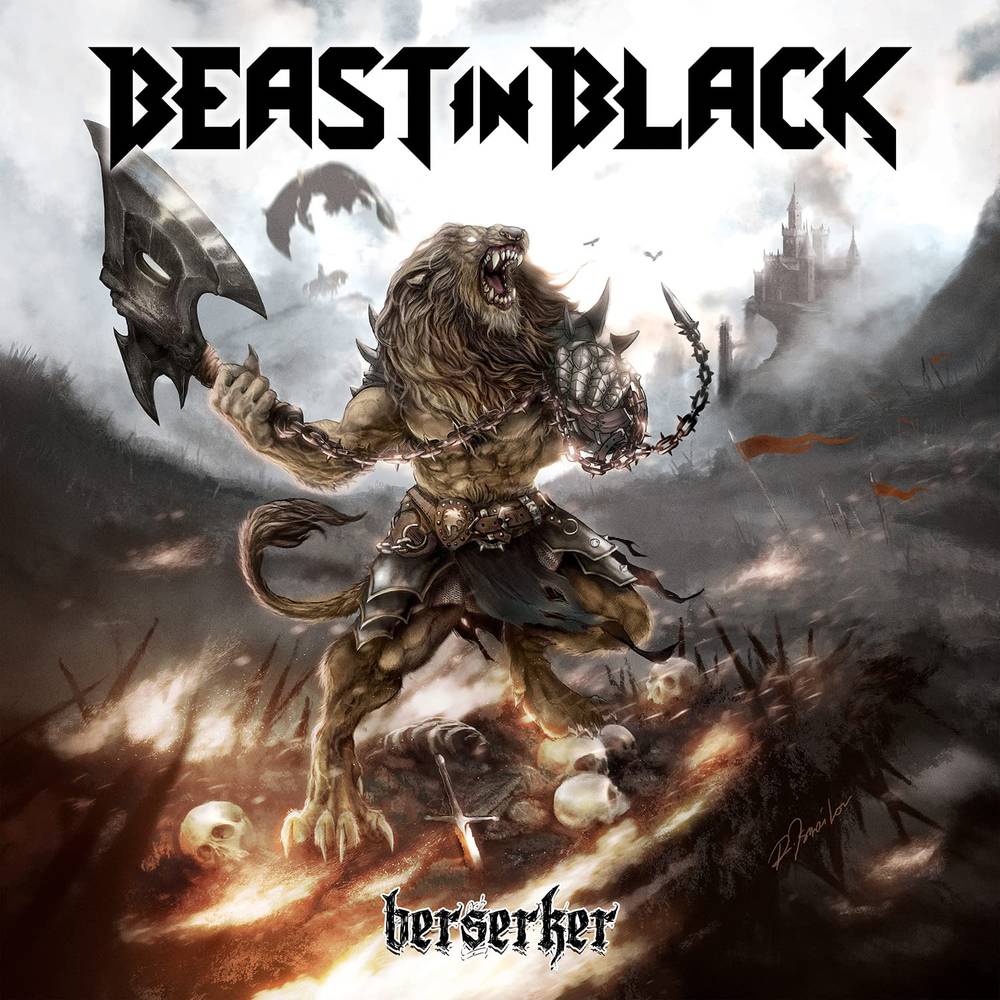 The time is drawing near. The newborn BEAST is back with a vengeance, rising from the abyss with fortitude to spew it's unrivaled heavy metal fury all over the world!"The metal world was in a rage when Anton Kabanen parted ways with his former band BATTLE BEAST back in 2015. "To put it simple: When one road ends, another one begins. Isn't that so? We wanted different things and to do them in a different way. I'm living for the music and I will die for it. Period," Anton comments regarding the split. "Let me quote a person who said something that sums it up perfectly: 'Art is not a matter of 'can', but 'must'.' And when you have to compromise with that it feels like the heart is filling up with poison."But it didn't take much time for Anton to rise from the abyss: Only a few months later, a new five-piece beast was born in Helsinki, the BEAST IN BLACK. Anton continues, "To me BATTLE BEAST was just a beginning, my first vision and creation, and I'm actually happy to see how well it's going for BATTLE BEAST since what they are doing now derives from that vision, from the first three BATTLE BEAST albums. But now it's time to revive the original vision, make it stronger than ever, together with my comrades, with my brothers in arms in BEAST IN BLACK!"The group started to work on their debut album immediately and later in 2015 they got a chance other bands would die for: BEAST IN BLACK made their live debut as opening act for worldwide known Finnish symphonic metallers NIGHTWISH. Produced by Anton in his Sound Quest Studio, the forging of »Berserker« was finally completed in summer 2017, followed by signing a record deal with famous heavy metal powerhouse Nuclear Blast. "Our wildest dreams came true when we made a deal with Nuclear Blast, the biggest and the best heavy metal label in the world!" Anton smiles.But how does the result sound like? First of all, Anton's fans, who expected a totally new musical direction, can take a deep breath: The album maintains the style of his previously composed works which include the first three BATTLE BEAST albums. Influenced by 80's metal bands such as JUDAS PRIEST, MANOWAR, W.A.S.P., BLACK SABBATH and ACCEPT, the record is nothing but a great heavy metal album. "It's very straightforward, catchy and powerful and occasionally mixed with some symphonic influences," Anton adds. Lyrically, Kabanen also continues his previous style: "Many songs such as the title track, 'Beast In Black', and 'Zodd The Immortal', are strongly influenced by the Japanese manga and anime »Berserk«." The album's artwork marks the return of the collaboration between Anton and Roman Ismailov who was the original illustrator and graphic artist for BATTLE BEAST.»Berserker« kicks off with the rapid opener 'Beast In Black'. "As well as the band name, this track was inspired by a character from the »Berserk« manga. And though the lyrics are directly connected to that character they are also speaking in metaphors about something personal. It's one of the most powerful songs on the album and Kasperi's guitar solo in this one is probably the best one on the whole album!" With 'Blind And Frozen', a super catchy and massive song follows. "Yannis' interpretation and performance here is nothing short of pure perfection," the guitar wizard fancies. The most monumental, loud sing-along type of chorus on the album comes along with 'Blood Of A Lion'. Anton reveals: "This song was actually one of the candidates for the »Unholy Savior« album of BATTLE BEAST but I decided not to use it then." Right after the pounding 'Born Again', 'Zodd The Immortal' attacks the listeners ears with it's sharp claws. "It's the most aggressive song on the album, especially vocal-wise, and it's also »Berserk« related so I hope that all the fans of »Berserk« will like this one too." After another straight forward track, 'The Fifth Angel', the disco and dance music influenced 'Crazy, Mad, Insane' gives the listener a short breather. "Well, the title says it all. It's the craziest and maybe the weirdest song to be on a heavy metal album," he laughs. "If you are a friend of Italo disco and 80's synth pop, you'll like this one!" Followed by 'Eternal Fire' with it's dominant keyboards, and 'End Of The World', which was already played live at the band's previous gigs, »Berserker« slowly comes to an end in the form of a classical heavy metal ballad titled 'Ghost In The Rain'.Now it's about time for the listener to decide how sharp BEAST IS BLACK's claws really are, but, if you believe NIGHTWISH's Tuomas Holopainen, there's nothing but a great album to expect: "You have to be mentally insane to not love this album.