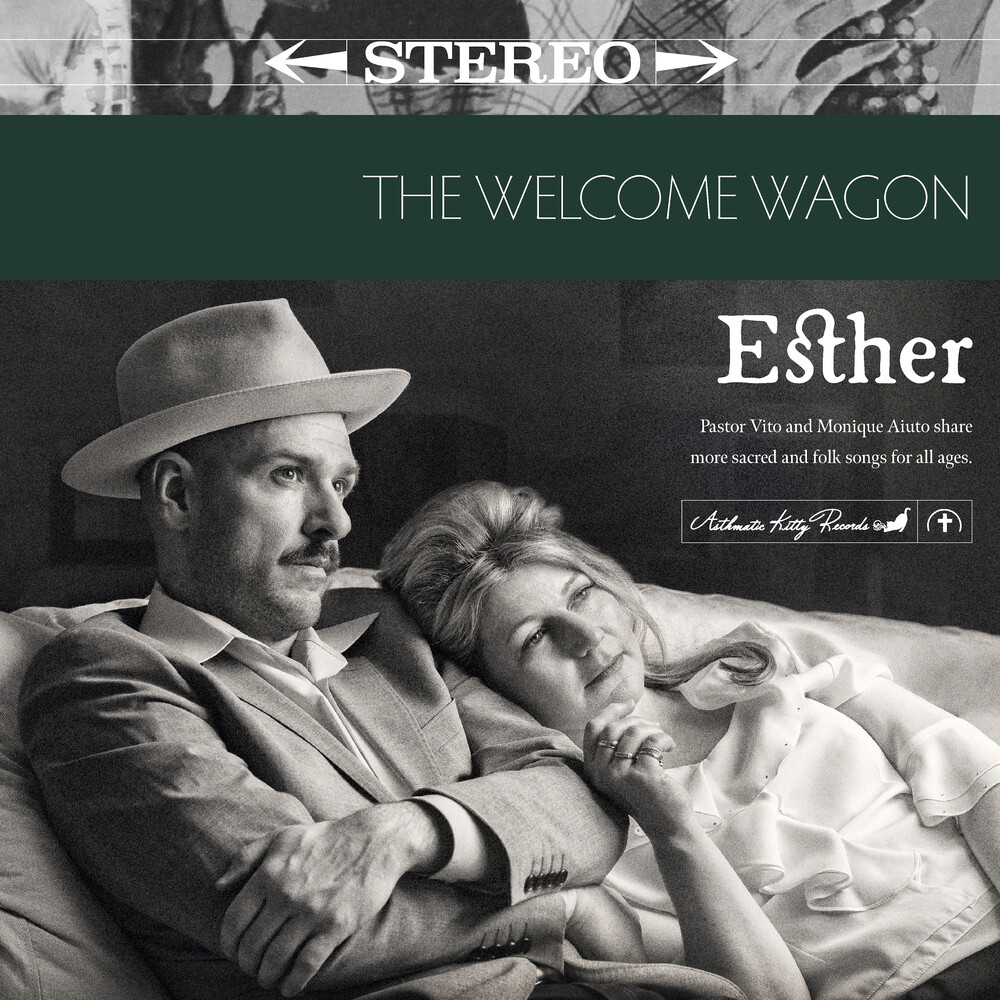 Esther, the latest effort from Brooklyn duo Welcome Wagon is as much about homecoming as it is about making peace with-and a home in-uncertainty. The project had it's beginnings in the summer of 2017, when the family took a two-month sabbatical to California. In reflecting upon that time, Pastor Vito Aiuto says "It felt like we had been changed, and so to go home was going to be alright." Shortly after returning to Brooklyn, he found himself holding his guitar and allowing his fingers to play a few notes that just felt... right. Then the pandemic hit, and Vito's strumming, lyrics, and thoughts became the soundtrack of the family's lockdown lives. Though Monique had given up painting a decade prior, she felt an urge to go home as well, to reconnect not just with an artistic identity but with her midwestern family. She began using pieces from a collection of her late grandmother Esther's treasures to create large-scale collages, beautiful, evocative, and almost haunting in their pastiche of the past. "Using the music as a starting point, I wove together any object on hand that fit with the chords, the vision, the melody, the spirit of the songs," says Monique, whose paintings provide the album art. Esther was born out of this wellspring of creativity and homecoming, exploring the profound knowing and equally profound mystery in both family and faith. In Esther, the questioning is the destination, and it is one where peace can be found and home-and art-can be made. There's a salve there. There is music. There are moments of grace, large and small. Welcome.