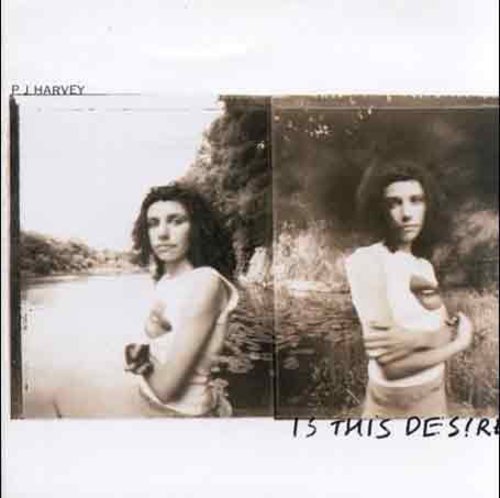 Recorded on and off in Dorset and London between April 1997 and April 1998, it was co-produced by Flood, Head and Harvey herself, and featured instrumental contributions from Rob Ellis, John Parish, Mick Harvey, Eric Drew Feldman, Joe Gore and Jeremy Hogg. It marked a move away from Harvey’s earlier guitar-driven rock style into subtler, quieter, atmospheric soundscapes and mood pieces based around keyboards, bass and electronics.

The album met with a mixed reception from critics and fans upon release, some of whom were disappointed by Harvey’s experimental and less bombastic new style. Reviews were generally positive, however. ''Q'' magazine praised the record as "disturbing and excellent", ''CMJ'' called it "another milestone in her already illustrious career", and ''Entertainment Weekly'' said it "seethes with hypnotic power"; the magazine ''Dazed & Confused'' claimed "''Is This Desire?'' will be a classic of the next 10 if not 20 years. It has the impeccable timing of jazz, the arrangement of a classic dance track, the depth of an orchestral symphony and the emotional charge of gospel." It received a Grammy Award nomination as Best Alternative Music Performance of 1998. Although it did not sell as well as her 1995 commercial breakthrough ''To Bring You My Love'', it did spawn her biggest UK hit with the single "A Perfect Day Elise"; a second single, "The Wind", also dented the UK Top 30.

''Is This Desire?'' is the album which PJ Harvey claims to feel the proudest of out of all her music to date. She spoke about the making of it to ''Filter'' magazine in 2004: "Again working with Flood, again trying to find new ground, but a particularly difficult time in my life. So, it was a very, very difficult, difficult record to make and still one I find very difficult to listen to, but probably my favorite record that I've made because it had a lot of guts. I mean, I was making extremely difficult music, experimenting with techniques I hadn't used before and not really caring what other people thought about it. I'm quite proud of that one." She also told the ''The Telegraph'', "I do think ''Is This Desire?'' is the best record I ever made—maybe ever will make—and I feel that that was probably the highlight of my career. I gave 100 per cent of myself to that record. Maybe that was detrimental to my health at the same time."

It is the first PJ Harvey album to feature its lyrics printed on the inner sleeve.

The song "The Wind" was inspired by Saint Catherine, and in particular St Catherine's Chapel, Abbotsbury.

The lyrics discuss the chapel's location on top of a hill, and end with an inversion of a traditional prayer which women used at the chapel to pray for a husband. The village of Abbotsbury is near PJ Harvey's home. - Wikipedia