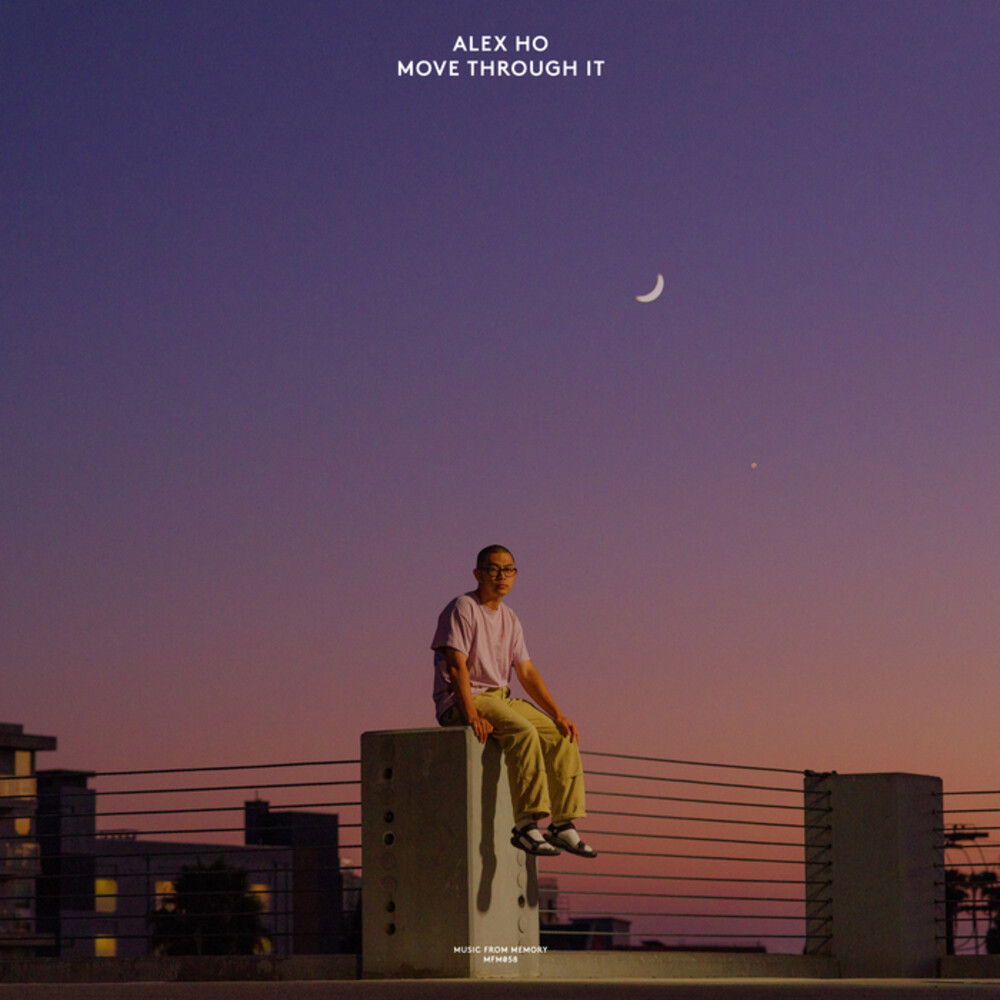 Debut album from Alex Ho out of Los Angeles.In his foundational essay on Los Angeles, L.A. Glows, the essayist Lawrence Weschler speaks on the city's uncanny, immediately recognizable light; 'The late-afternoon light of Los Angeles-golden pink off the bay through the smog and onto the palm fronds.' Weschler traces the city's mysterious refracted light from the iconic paintings of David Hockney through the city's frequent portrayal on film and TV, noting it's ability to put residents into a state of 'egoless bliss.'Similarly, Alex Ho's new album for Music From Memory, 'Move Through It', radiates with the unmistakable LA glow. While the Pasadena native's studio work is just now coming to light, Ho has long been a fixture in the Los Angeles dance music scene, throwing what are perhaps the city's most musically expansive warehouse events and carving out a singular voice as a DJ, as heard on his brilliant Moony Habits show for NTS. The eight-track record, however, lands in a more contemplative zone, better suited for a golden hour drive than a night out.Though it's his first record, 'Move Through It' is the accomplished work of a fully-formed artist, produced patiently between 2017 and 2020 with help from friends including Baba Stiltz, Phil Cho, Damon Palermo and John Jones. 'Mark,' the Koanic track conclusion side A, is an arpeggiated slow burn reminiscent of Pino Donaggio's brilliant score for Brian de Palma's 1984 film Body Double. Ho's stunning, pure falsetto soars above gentle melodies. 'Miss Suzuki,' the piece that originally caught the ear of MFM's Jamie Tiller and Tako, opens the record with a blue, cinematic sway. Ho's facility for poignant melodies-easily conveyed through saxophone, vibes, various keyboards and his own voice-shines on 'College Crest Drive,' as well as the title track. The lyrical 'Move Through It' and the restrained and beautiful closing cut, 'TYFC,' are abetted by glimmering Kraut guitar figures courtesy of John Jones.While Ho's rhythms and melodies paint a crystal-clear musical vision, the music's emotional centre is more elusive, indicative of a yearning feeling synonymous with the City Of Angels. Hitting these hazy and subtle notes, Move Through It falls within a canon of sun-addled records spanning from Herb Alpert's 'Rotation' to Dam-Funk's Private Life trilogy as Garrett. An immersive and concise statement, Alex Ho's 'Move Through It' is as warm and uncanny as the city that inspired it, a definitive LA album.