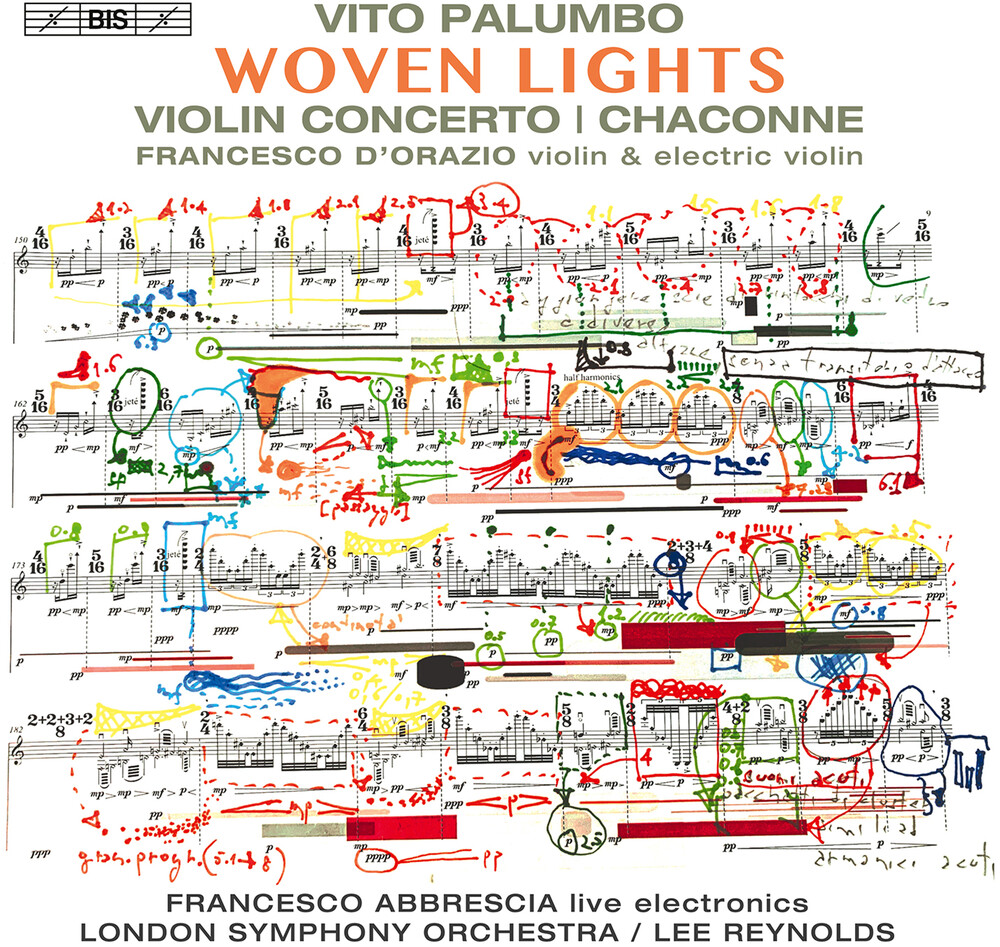 The critically acclaimed Italian composer Vito Palumbo has had works performed all over the world by leading orchestras. He began his career with postmodern experimentation, going on to different forms of music theatre. In recent years Palumbo has focused on works for full orchestra, exploring the possibilities of colors and textures - sometimes with the help of electronics - and putting the concept of 'historical memory' at the centre of his own composing. With echoes seemingly coming from Alban Berg's violin concerto, Palumbo's own Concerto for Violin and Orchestra (2015) displays bittersweet lyricism. Characterized by a dramatic language and driven by a strong and varied rhythmic impulse, the single-movement work also offers transitional moments of static beauty typical of the composer's usual finesse in the scoring. With it's title echoing the past, Chaconne for 5-string electric violin and electronics (2019-20) highlights the different ways in which the electronics intertwine with the live electric violin, within a conception animated by a strong theatrical sense, like a script for a play that does not reject emotional gestures. About this work, the composer has remarked 'I want the meaning of my music to be apparent from listening, without the need for verbal justification.' Both works are championed by the violinist Francesco D'Orazio, a close collaborator of the composer and the dedicatee of the Chaconne.