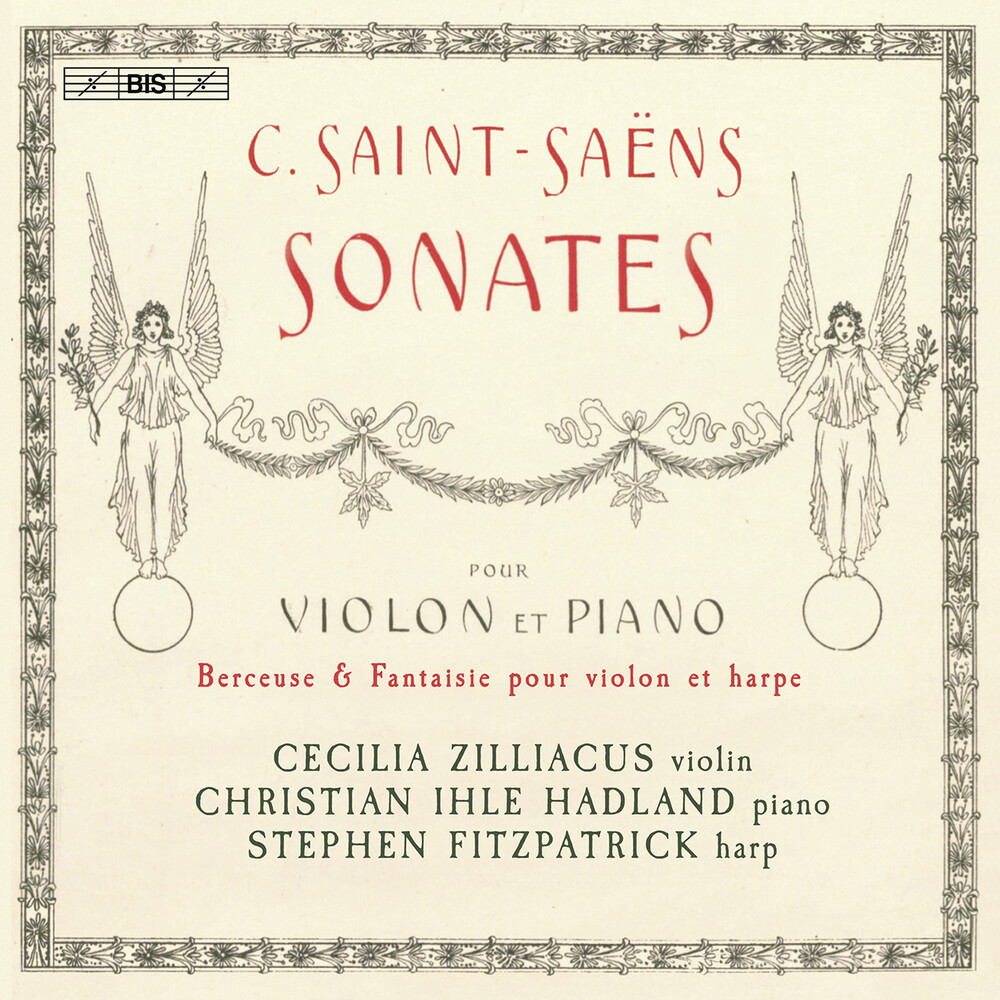 Saint-Saëns's chamber music broke new ground in France at a time when public taste tended to favour opera and opéra-comique. His first Sonata for violin and piano, one of the earliest composed in France, is a masterpiece of boundless beauty. It's emotional impact and it's highly poetic content are served by the composer's perfect mastery of formal architecture. It has also been proposed as the model for the 'Vinteuil Sonata' which runs through Marcel Proust's novel cycle 'In Search of Lost Time'. The second Sonata, composed in Egypt, is very different from it's predecessor: more serious, classical, and intimate. While the writing is more melodic, the composer prophesied that the sonata would not be understood "until the eighth hearing". These two masterpieces are complemented by the Fantaisie for violin and harp, a virtuoso work in which the use of the harp rather than the piano produced a delicate, refined, even magical sound reminiscent at times of Fauré and Debussy, and by the charming Berceuse, one of Saint-Saëns' best-known miniatures. Originally for violin and piano, it is performed here in an arrangement for violin and harp that, again, emphasizes the subtleties of Saint-Saëns' writing.