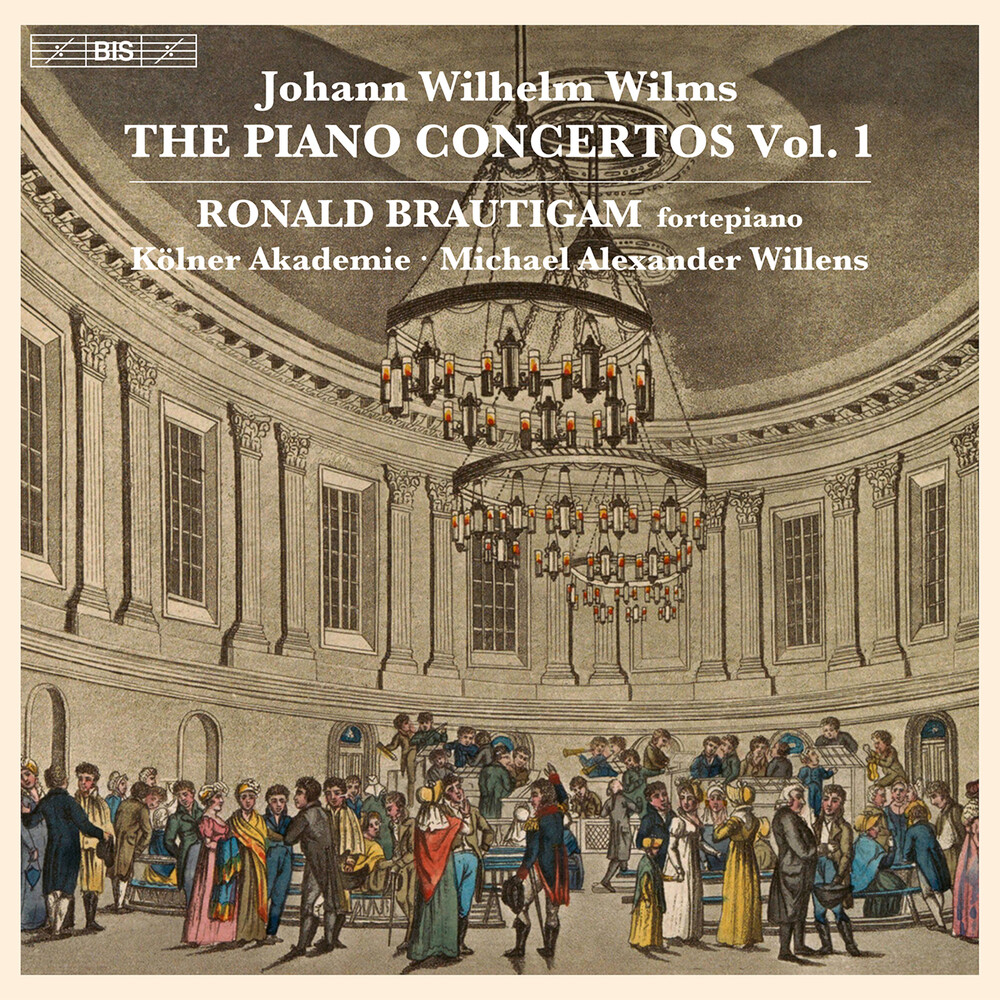 Born in the vicinity of Cologne, only two years after and some sixty km distant from Beethoven, Johann Wilhelm Wilms was once a musical force to be reckoned with. In Amsterdam, where he lived from the age of 19, his music was actually performed more frequently than Beethoven's at one period, and his orchestral works were played in such musical centers as Leipzig. Besides chamber music and solo sonatas Wilms composed several symphonies and solo concertos (for flute, oboe, clarinet, bassoon and cello) as well as piano concertos for his own use, five of which were published between 1799 and 1820. (Two more have been lost.) He also appeared regularly as soloist in concertos by other composers. But already during his lifetime Wilms began to retreat from the public eye, whether because of setbacks in his private life or because he was disillusioned with the superficial tastes of the Amsterdam audiences. By the time of his death in 1847, he was remembered almost exclusively as the composer of the then national anthem. In time for the 250th anniversary of Wilms' birth, Ronald Brautigam has edited the five extant piano concertos by 'the Dutch Beethoven' and presents the first three here, with nos 4 and 5 to follow in a second volume. As on a number of previous, highly acclaimed releases, he is supported by the Kölner Akademie and Michael Alexander Willens.