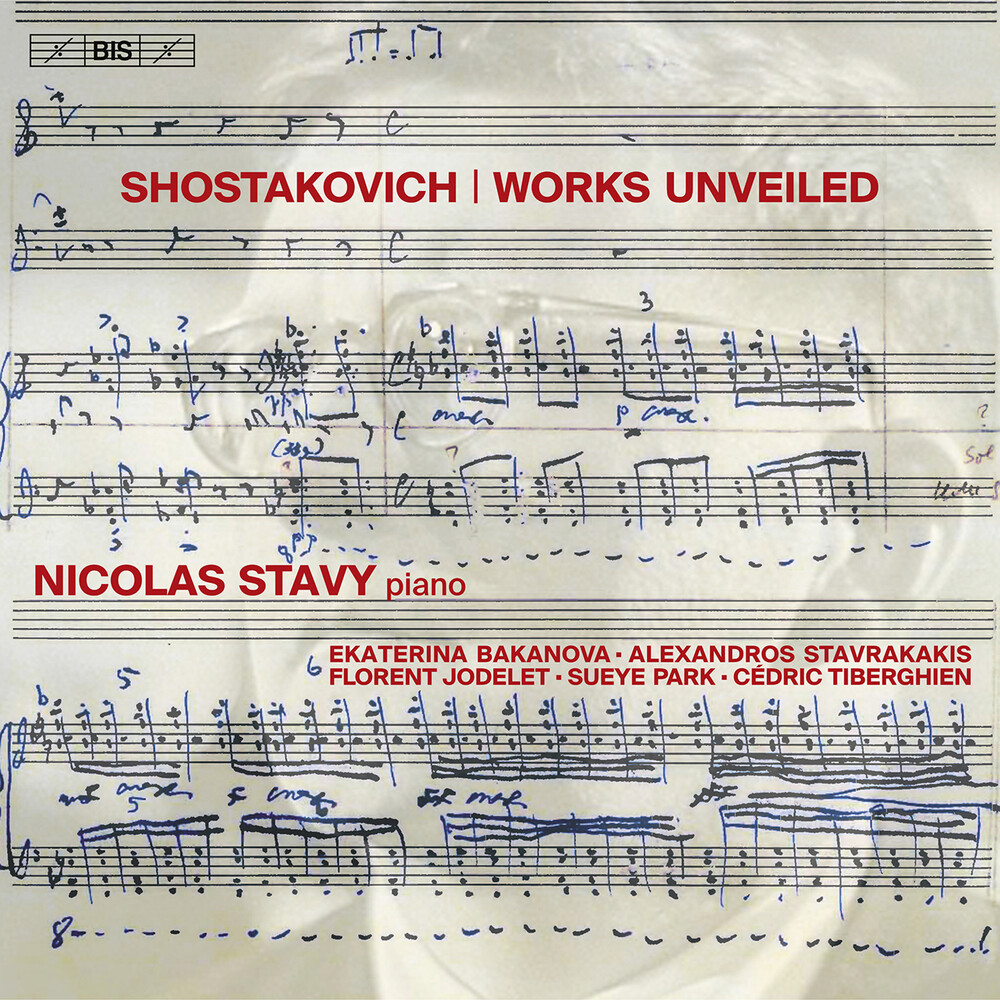 This release is the fruit of the French pianist Nicolas Stavy's efforts to uncover unknown works by Dmitri Shostakovich. Spanning some fifty years of the composer's career, these rarities include early piano pieces influenced by Chopin and the fragment of an unfinished violin sonata, but is bookended by arrangements of symphonic music, by Shostakovich himself and by Mahler, a constant influence. The album opens with the most substantial work on the disc, Shostakovich's arrangement of his late, great Fourteenth Symphony (1969) for soprano, bass, string orchestra and percussion. With texts by poets including Guillaume Apollinaire, Federico García Lorca and Rainer Maria Rilke, the work evokes death, reaching great emotional depths. Rather than 'just' making a piano transcription for rehearsal purposes, Shostakovich included a percussion part as well as one for celesta, in order to reproduce sounds that would be impossible to imitate on the piano alone. This is followed by the substantial fragment of a sonata for violin and piano dated 1945 and four short piano pieces composed around 1917-1919, which reveal a very young composer and demonstrate his surprising individuality and maturity. The final work on the disc is an arrangement of the opening 95 bars of Gustav Mahler's Tenth Symphony which Shostakovich probably made during the 1920s for personal study purposes and to demonstrate the work to his fellow members in one of Leningrad's two Mahler Societies. In Shostakovich's transcription for piano four hands, Stavy is joined by Cédric Tiberghien.