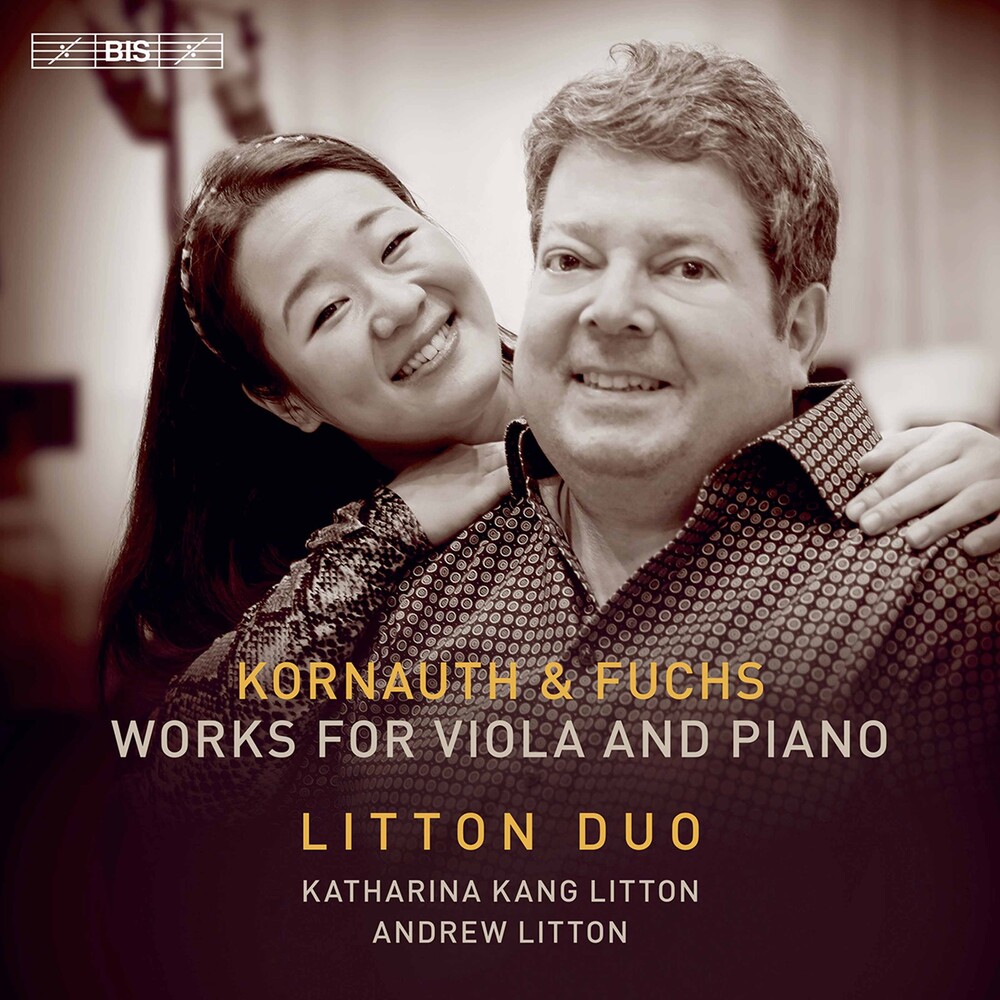 In the spring of 2020, the Covid pandemic caused turmoil in the concert diaries of most musicians, including the conductor Andrew Litton and his wife Katharina Kang Litton, principal violist of New York City Ballet. To find an outlet for their musical expression they began to explore the repertoire for viola and piano together. Having played the sonatas by Brahms they came across the music by two other Viennese composers, Brahms' near-contemporary Robert Fuchs and his student Egon Kornauth. Fuchs - who the less-than-effusive Brahms called 'a splendid musician' - had a long and distinguished career at the Vienna Conservatory where his other students included such composers as Mahler, Wolf, Sibelius, Zemlinsky and Korngold. That the sonatas recorded here were composed around the same time as Schoenberg's Second String Quartet can be hard to believe - as is the fact that Fuchs's Phantasiestücke (composed in his 80th and final year) was contemporary with Bartók's Piano Concerto No. 1. But if they are not in any way pioneering, all three works are beautifully achieved: formally both strong and flexible, with a subtle, deeply-felt emotional coloring of their own. The Litton Duo close the recital with a piece that has a personal significance for the two - an arrangement of the Korean folk song Arirang which they received as a wedding present from Stephen Hough.