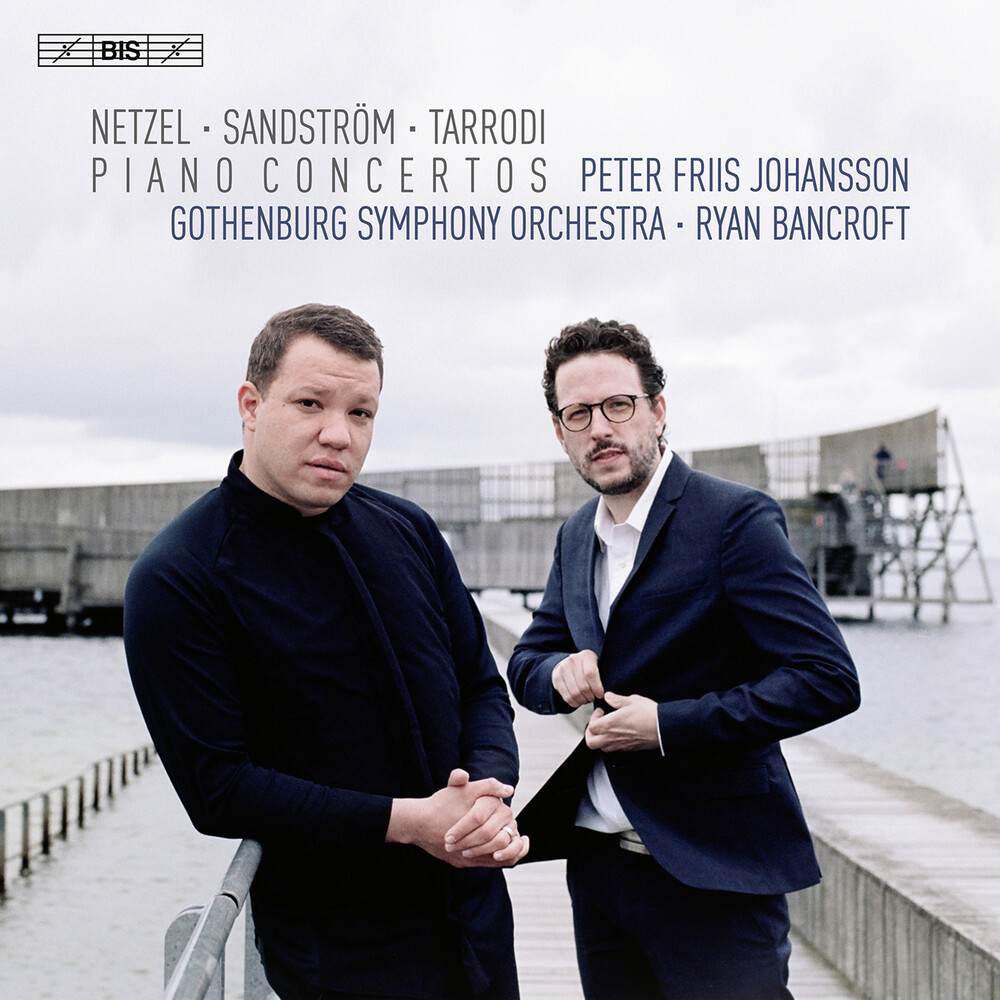 Passionate about the music of his own country, Peter Friis Johansson has commissioned new works as well as worked toward the unearthing of overlooked masterpieces of Swedish music. His latest disc presents the fruits of these efforts: one older, unfinished work with a completion by Johansson himself, the two others commissions made on his initiative. All three concertos were premièred between 2017 and 2020. At the turn of the previous century, Laura Netzel was one of Sweden's most acclaimed and frequently performed composers internationally. Composed around that time, the Piano Concerto, Netzel's largest composition, exceeds the expected framework with grand dramatic gestures and waves of emotion. Sven-David Sandström's Five Pieces departs from the traditional concerto form with it's division into 'pieces'. The solo piano seems to seek to twist dissonances from the hands of a reluctant orchestra to recover beauty and harmony, striving, as the composer put it, 'for something that can be found high up, per-haps a heavenly ascension'. Stellar Clouds, Andrea Tarrodi's first piano concerto is another heavenly journey, reminiscent of the soundtracks of science-fiction movies. Here, the soloist might be interpreted as a sort of protector of humanity that seeks to provide a safe haven for personal harmony in a complex cosmic context.