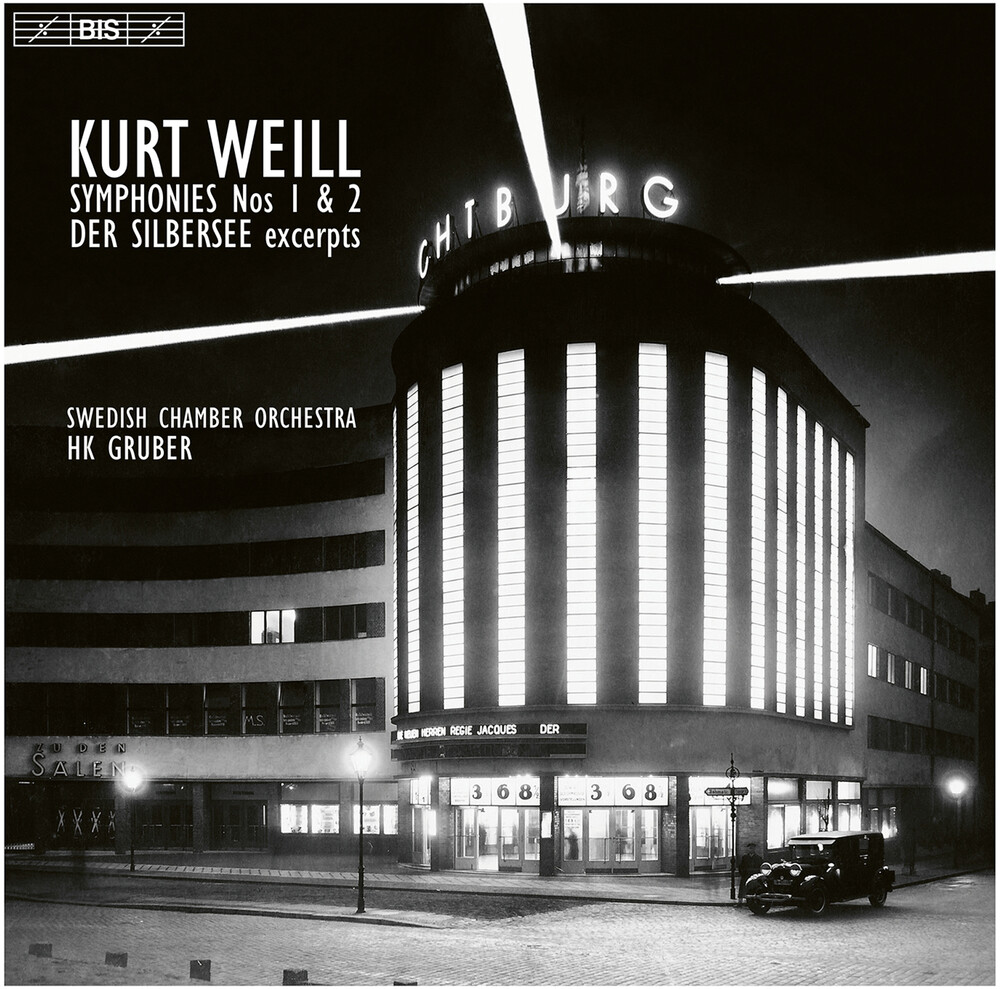 Although Kurt Weill's principal legacy lies in music theatre works of both popular appeal and intellectual weight, he was equally at home in purely orchestral works as evidenced by his two symphonies. Written just over a decade apart, they reveal his chameleon-like ability to work with any range of style and form. The Symphonie in einem Satz (Symphony in one movement), completed when he was barely 21, adopts an expressionist idiom that shows intricate writing, dense counterpoint and quick shifts reminiscent of Schoenberg's First Chamber Symphony. Completed in France in 1934 after Weill had to flee Nazi Germany, the Fantaisie symphonique is filled with allusions to the 'sung ballet' The Seven Deadly Sins, composed at the same time. Opening the programme is a selection from the 'play with music' Der Silbersee (The Silver Lake), a commentary on commercial greed. As in The Threepenny Opera, the vocal parts were composed for singing actors rather than opera singers. Steeped in the world of Weill, conductor, composer and chansonnier HK Gruber performs the songs himself in his own inimitable way, giving an unusual authenticity to the interpretations.