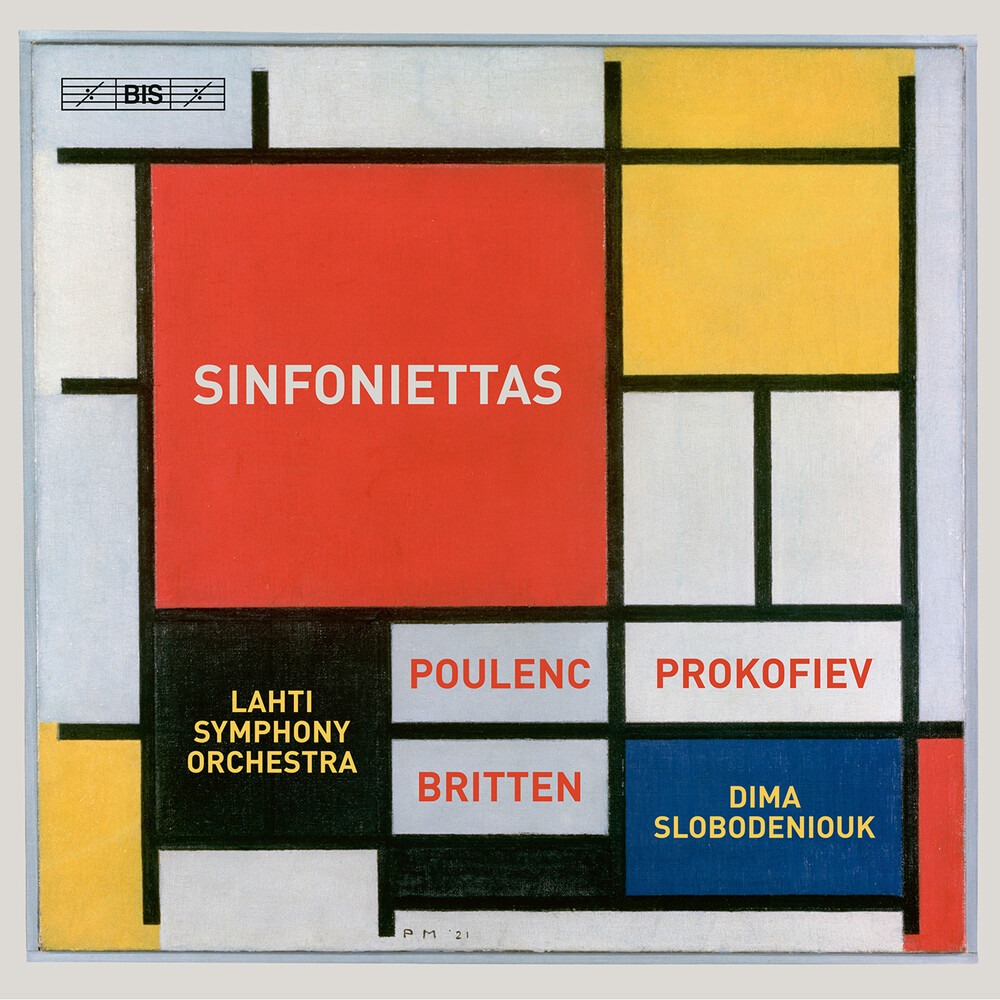 The term sinfonietta is generally used to describe a work that is smaller in scale or lighter in approach than a standard symphony. It only came into common usage during the first half of the 20th century, which is when the three works included on this disc were in fact composed. Worth noting is also that Sergei Prokofiev and Benjamin Britten wrote their respective sinfoniettas while they were still in their teens - early attempts at multi-movement works for ensemble. Prokofiev revised his Sinfonietta twice, with the 1929 version recorded here, and went on to become one of the great symphonists of his time. Britten chose a different path, with operas forming the most important part of his legacy. Perhaps symptomatically, his Sinfonietta - his Op. 1 - was initially composed for wind quintet and string quintet, a scoring which he later expanded into the version heard on the present recording. Like Britten, Francis Poulenc was not naturally inclined towards large-scale orchestral works, and his Sinfonietta is indeed his only symphonic piece. The most recent of the works on the disc, it is in a neo-classical vein with sparkling dance rhythms as well as lyrical moments. The three works are here performed by the Lahti Symphony Orchestra conducted by Dima Slobodeniouk, a team which has released several highly acclaimed albums on BIS.