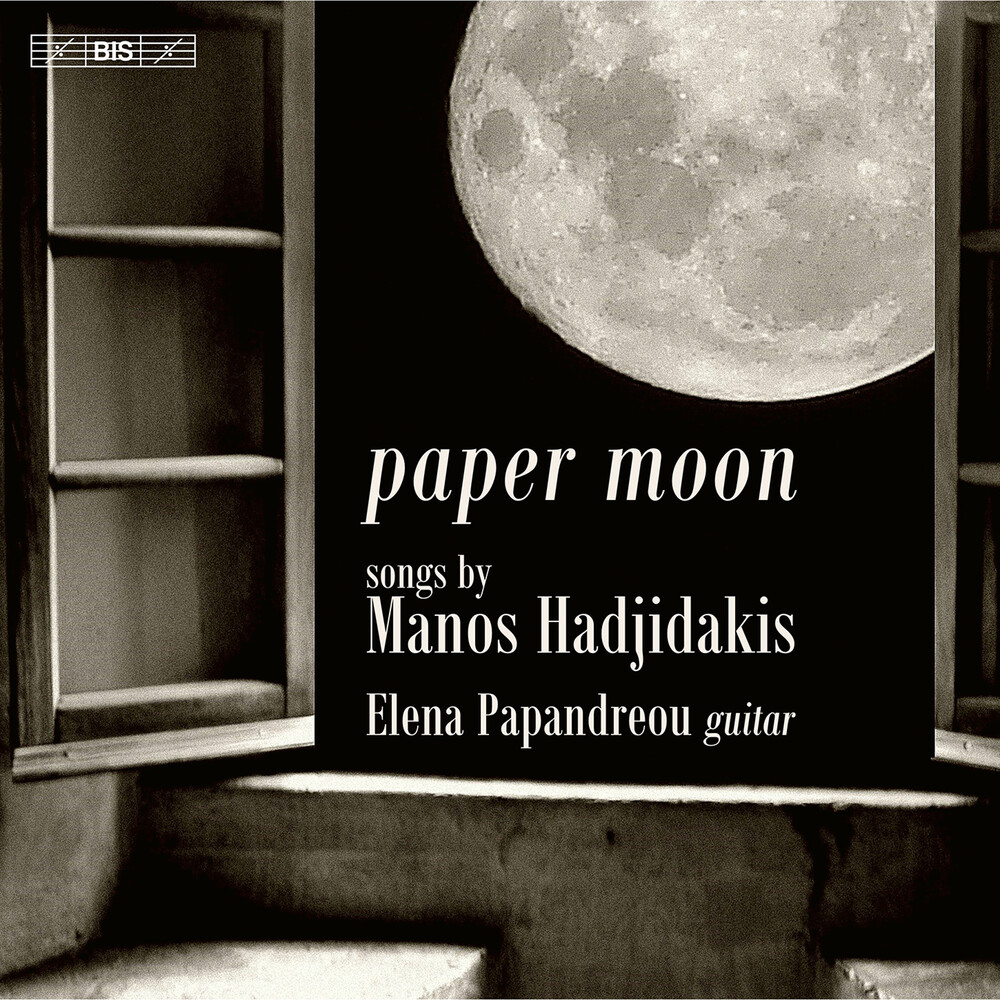 Regarded as one of the greatest Greek composers and a legend in his native land, Manos Hadjidakis is also one of the best-known internationally thanks to a body of works that touches many musical genres, from concert music to popular songs and scores for the stage and screen. Hadjidakis and his music has been present in the life of Elena Papandreou from an early age, but the idea for Paper Moon, her latest recital, began with her friendship with the French guitarist, composer and arranger Roland Dyens. Sharing Papandreou's admiration for Hadjidakis, Dyens arranged a couple of his songs, and dedicated them to her. The two agreed to collaborate on a complete disc of Hadjidakis songs, a project that was suspended when Dyens passed away in 2016. But his former student, the guitarist, composer and arranger Orestis Kalampalikis agreed to continue in Dyens' footsteps, and arranged a further ten songs, including the one that has given it's title to the entire album. Arranging a song for an instrument naturally means that the lyrics are lost, and in the disc's liner notes Kalampalikis describes how he endeavored to create versions inspired by the meaning of the lyrics - sometimes by Hadjidakis himself and often dealing with love, longing and loneliness. Closing the disc, Preludio de la Nostalgia was composed in 2020 by the legendary Cuban composer Leo Brouwer. Written for and dedicated to Elena Papandreou, it was inspired by another song by Hadjidakis, Nanourisma (Lullaby) and can be seen as a homage from a fellow composer.