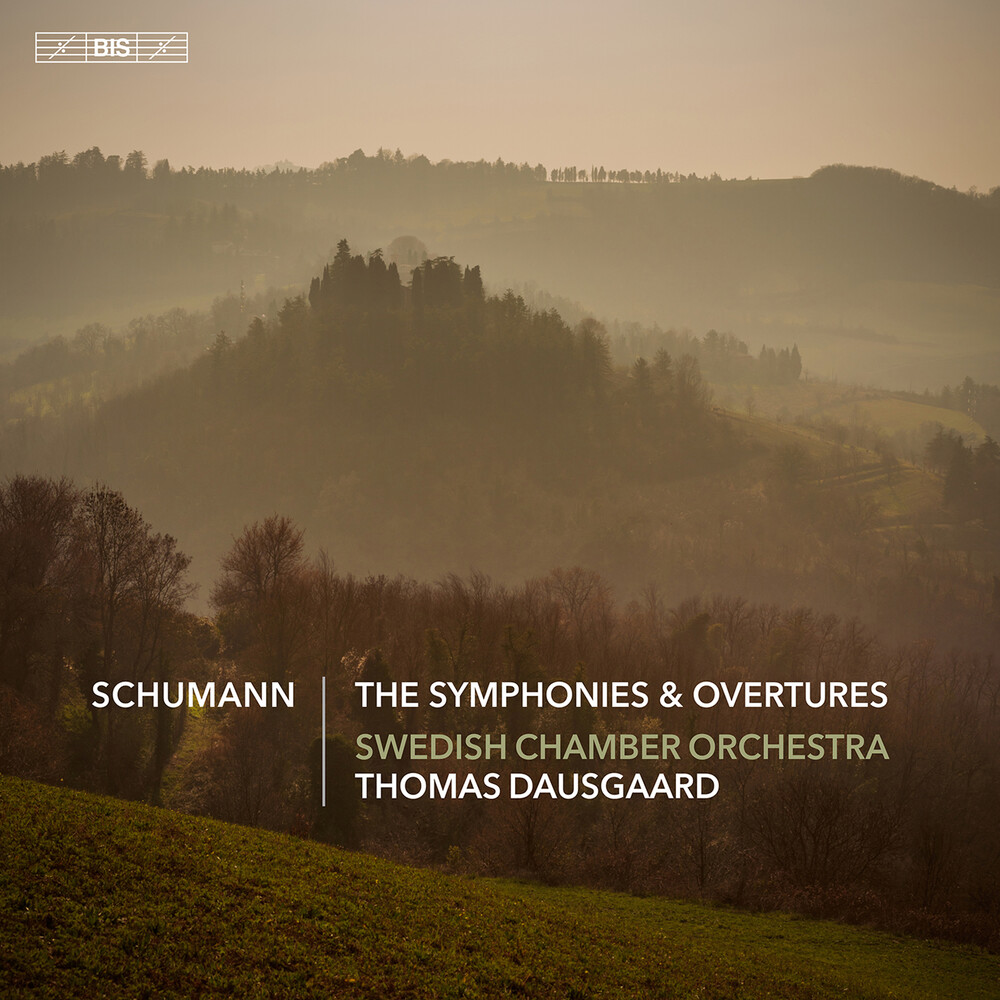 During their long collaboration (1997 - 2019) Thomas Dausgaard and the Swedish Chamber Orchestra developed a project they named 'Opening Doors', performing orchestral works from the Romantic era with the smaller-than-usual forces of a chamber orchestra. Due to the often revelatory results of this approach, the team went on to present at concerts around the world and on several recordings. This box set brings together an important chapter of the project: Robert Schumann's orchestral music, symphonies as well as overtures. In addition to his four symphonies - including both versions of No. 4 - this collection presents the Zwickau Symphony, an early, unfinished work from 1832-33, as well as a divertimento-like sequence of movements, Overture, Scherzo and Finale. Of the six overtures included in the set some are well-known, like the overture to Genoveva, Schumann's only opera, and the Manfred Overture which Clara Schumann regarded as 'one of the most poetic and most gripping of Robert's pieces'. Other, less often heard works will constitute pleasant discoveries. The three albums included in the set were greeted with critical acclaim on their individual releases, earning distinctions in magazines such as Gramophone, BBC Music Magazine and Fono Forum. Summing up the cycle, the reviewer in Fanfare described it as 'close to being the most thrilling Schumann symphony series on the market, with sawing violins smoking down to the bridge and timpani-like rifle shots.'